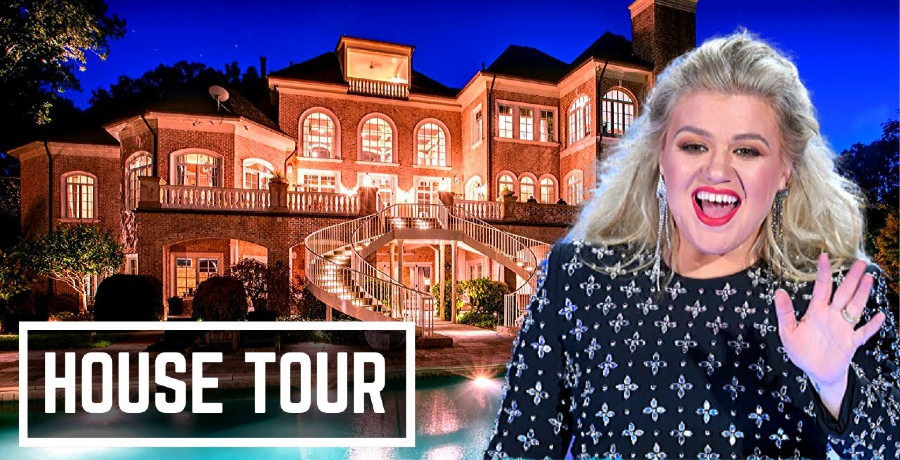 Kelly Clarkson is selling her other home. The talk show host just put her $6.95 million Nashville home and fans can finally get a glimpse inside the property. The house was built in 2007. The “exclusive” lavish lakeside property situates on a four-acre gated waterfront estate. It’s located on Old Hickory Lake in Hendersonville, according to the listing from Parks Realty.

The property has seven bedrooms and nine and a half bathrooms. The 20,121-square-foot property also has “magnificent views” from every angle. The mansion looks dramatic with its entryway, which features a double staircase and high ceilings. The cul-de-sac also has private docks, saltwater inground pool two spas, and a five-car garage.

Kelly Clarkson puts her other home up for sale

According to a report via the New York Post, Kelly Clarkson has put this home on and off the market since 2017. But she’s been determined to sell it ever since. In February 2020, she put her home up for sale for $7.5 million. But she has since slashed the price amid her divorce from Brandon Blackstock.

The 38-year-old purchased the home in 2012 for only $2.86 million. It also has an eat-in kitchen that has a center island, breakfast nook, and stainless steel appliances. There’s also a family room with a stone fireplace and a formal dining room that features two chandeliers. The game room comes with a full bar, pool table, and movie theater.

The American Idol alum listed the property five years after she became a coach on The Voice. In June 2020, the singer-songwriter filed for divorce, citing irreconcilable differences. Clarkson and Blackstock share two children – daughter River Rose and son Remington Alexander.

Earlier this year, Kelly Clarkson listed her California mansion. She even reduced the price of that home. According to Taste of Country, she had to readjust a million dollars, asking for under $9 million for the lavish estate. This beautiful home includes amenities, such as custom blended brick flooring, barn pocket doors, and 100-year-old vintage reclaimed wood.

The “Because of You” singer shared a home video tour

Kelly Clarkson previously gave her fans a home tour on her daytime talk show. She shared the exact home that the family stayed in during the coronavirus pandemic. At the start of the segment, she showed off her wreath, which was a Christmas gift from her fellow coach Gwen Stefani.

“So this is our cabin, it’s super cute and cozy,” Kelly said once she opened the door.

The footage also showed shots of her master bedroom that had bear-print cushions and a fuzzy throw. Fans also saw her stainless-steel dining table that comes with black frames, bunk beds, and wooden chairs for her two children. She then panned the camera to show off the mini kitchenette that shows off a black refrigerator and matching sink unit. Of course, there was a photo of Dolly Parton on the wall.

Which of Kelly’s homes do you like more? Sound off below in the comments.