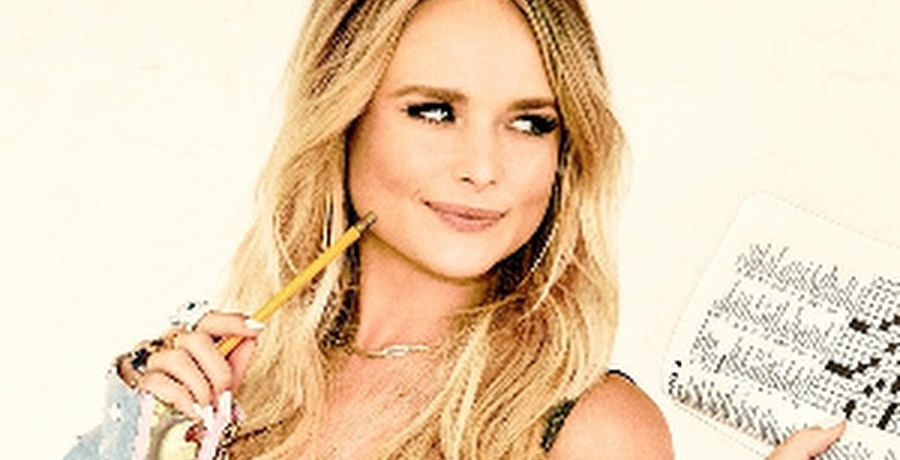 Earlier this week, Miranda Lambert revealed a surprise. On Wednesday, April 28, she took to Instagram to share the album cover for her new single “Geraldene” from her forthcoming album, The Marfa Tapes. In the first photo, Miranda posed on the back of a jeep in a Western-inspired hooded sweatshirt and a cowgirl hat.

“A mid-week surprise for y’all,” Miranda captioned the post. “‘Geraldene’ from #TheMarfaTapes is out now. This one’s a fun one.” However, the country singer still had even more up her sleeve. She’s gearing up for the release of this collaborative album alongside Jon Randall and Jack Ingram. The trio just performed their new music at the 2021 ACM Awards last week.

On Thursday, April 29, Miranda Lambert returned to Instagram with another surprise announcement. She shared a sneak peek at The Marfa Tapes Film. The “Bluebird” singer calls it a “really raw and intimate journey through the making of our record.” The film will drop on Saturday, May 8 on Miranda’s official Facebook page.

In the comments, the country superstar told her fans to set a reminder to watch the film in a link via her Instagram Stories. Her followers and fans took to the post to share their excitement. One fan noted that she had a feeling that Miranda “filmed the whole thing” while listening to “Geraldene.” Some feel that this is the best news of the entire year.

In the clip, Miranda sings as her collaborators play on their instruments. She explains why she loves to escape to Marfa, Texas, especially when it comes to making music. The singer loves to let her guard down because she feels safe there. She takes a deep breath and finds herself, as a person and as a songwriter.

Announcing The Marfa Tapes Film. A really raw and intimate journey through the making of our record, #TheMarfaTapes. Premieres May 8th on Facebook.
Set a reminder to watch here: https://t.co/XjfHhY9cyd pic.twitter.com/iOxrfbqeBF

The singer looks so free in the film and it shows. Surprisingly, The Marfa Tapes wasn’t intentionally a quarantine album like other artists have tried making. It was years in the making. However, there is something about this album that makes it so relatable to the pandemic. Per Entertainment Weekly, Marfa provides the perfect escape to breathe, create, and grow.

For Miranda Lambert, she finds herself there. The isolated area was the perfect place to record and write music for The Marfa Tapes. The trio previously retreated to the quiet area to work on her hit songs like “Tequila Does” and “Tin Man.” In September 2020, they returned to the area to work on a new collection of songs with nothing but an acoustic guitar.

Every @mirandalambert album is deeply special. I remember where I was when I listened to each for the first time—that's how powerful her music is. But something about 'The Marfa Tapes' makes it simply the most warm and wonderful album she's ever done. https://t.co/kDV8EIYPax

The Marfa Tapes accidentally ended up as a quarantine album. Throughout the album, fans will hear a plane flying in the sky, animals scurrying around, the calm breeze, and the trio bantering. It’s one of the rawest and intimate albums that Miranda has ever released in her life. The Marfa Tapes drops Friday, May 7.