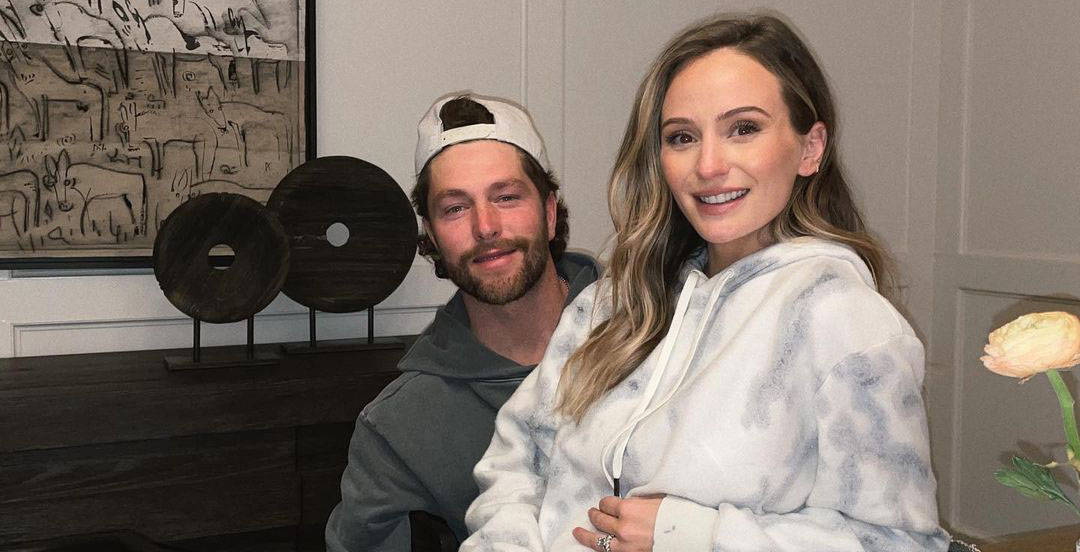 Country star, Chris Lane and his The Bachelor wife, Lauren Bushnell are preparing for the arrival of their son. Luckily for fans, both of them actively chronicle their journey into parenthood on their social media. Keep reading to find out the latest details about what the couple is doing to prepare for the birth of their son.

Unfortunately, it doesn’t seem like Chris Lane and Lauren Bushnell have released the name of their son yet. However, fans are aware that Lauren shot down Chris’s initial suggestion of Rambo Lane.  Chris shares, “She shot it down hard. I said imagine when he comes up to bat and they say ‘Rambo Lane,’ that sounds like he’s about to drop a bomb!” However, they “have a good idea of what it’s gonna be, but we haven’t for sure settled on it yet.”

Choosing a name isn’t the only preparations the expecting couple makes for the birth of their son. For starters, the country star shares in an exclusive interview with ET Online that he wrote a song for his son. However, fans shouldn’t get too excited because it doesn’t seem like Chris has any plans on releasing the song to radio. “It’s not a song for the radio. It’s none of that kind of stuff,” shares the expectant father. Ultimately, he wants to be able to tell his son that he wrote a song for him before he was born.

Furthermore, another thing that Chris Lane and Lauren Bushnell have done to prepare for their first child is discuss parenting styles. Chris explains that Lauren is more strict with the dogs. However, he feels like as a father to a son, he’ll have to be the stern one as the baby grows up.

Things get lighthearted as Lauren Bushnell recently shares a series of photos depicting baby prep. She makes sure to include in the caption first thing, that this isn’t a real baby. The first photo is the happy couple, with Chris wearing what looks like to be a real baby (it’s not) in a baby carrier. Next, it looks like the couple is doing a trial run of introducing a baby to their dogs. That’s followed by Chris trying to figure out how to get the pretend infant into a baby carrier.

Lauren shares how this makes her feel in the caption. “Chris and I took a Baby 101 class and I feel WAY more prepared,” pens the mama. “Chris dropped about 100 dad jokes and my  heart melted seeing him change a diaper on a doll so I cannot imagine the feeling I’ll have seeing him with our son.”

Are you excited to see how Chris Lane and Lauren Bushnell are as parents? Let us know your thoughts in the comment section below. Come back to Country Music Alley for more news about your favorite country stars.