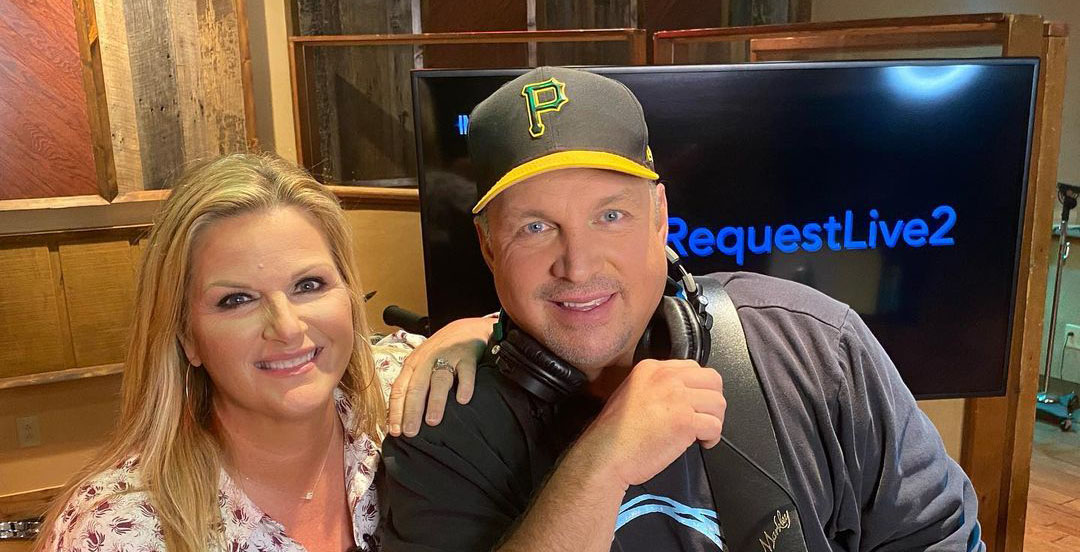 Country music legends and power couple, Trisha Yearwood and Garth Brooks got to spend some quality time together over the past year. If anything, the ongoing coronavirus pandemic has caused a lot of people to have to slow down from the normal hustle and bustle. While it seems like most country artists spent time writing music, Trisha Yearwood spent time writing recipes. However, could it be possible that she needs to add her husband, Garth Brooks as a co-author to her upcoming fourth cookbook?

Garth Brooks has been involved in Trisha Yearwood’s cooking for a long time.

A few months back, Trisha shares the exciting news about her fourth cookbook. However, at the time, it wasn’t the only good news she shares. At the time, she was happy to share she was COVID negative and that Garth didn’t catch it. In the same post, she praises him. “My incredible husband is literally Superman and never got covid – but still took all the precautions to keep everyone we know and love safe!” Does she share the same sentiment about Garth when it comes to his involvement with her cookbook? Keep reading to find out more.

Interestingly enough, Trisha Yearwood and Garth Brooks have a long history rooted in her cookbooks. Country Music Alley previously reports about the first meal Trish ever made Garth. They had Fettucine Alfredo. Luckily for fans, they can taste the dish for themselves. The recipe is available in Trisha’s cookbook, Georgia Cooking in an Oklahoman Kitchen from 2008.

“It was early on in our relationship, and I wanted to impress him with my cooking skills, so I thought this recipe would be perfect,” Trisha writes. “It is so rich it makes you full fast. That particular night, however, my Alfredo sauce came out so thick it was almost impossible to serve it from the pan.” Garth chimes in about how he fell asleep on the couch.

Should Garth be a co-author?

Notably, over time it appears that Garth Brooks’s involvement in Trisha’s cooking evolves. People reports on how the Country Music Queen makes the most out of “the unexpected downtime” COVID brought. She shares that it gave her time to work on her cookbook (with the help of her favorite food critic).

While some husbands may find it natural to say “Everything’s great,” that’s not the case with Garth Brooks. “It was really good because working on the cookbook, I could work on a recipe and Garth is wonderful because he’s a real honest critic,” shares Trisha. Jokingly she says, “So I’ll take his advice, but I have to be mad first.”

While that may be reason enough to add Garth Brooks as the upcoming cookbook’s co-author, there’s another surprise. Garth inspires one of the recipes. It’s a breakfast lasagna.”One day, Garth said, ‘Hey can you make lasagna but put all just breakfast stuff in it'” So, because he challenged her, it made it into the book.

Come back to Country Music Alley for more news about your favorite country stars. Be sure to grab your copy of Trisha’s Kitchen on September 28th.