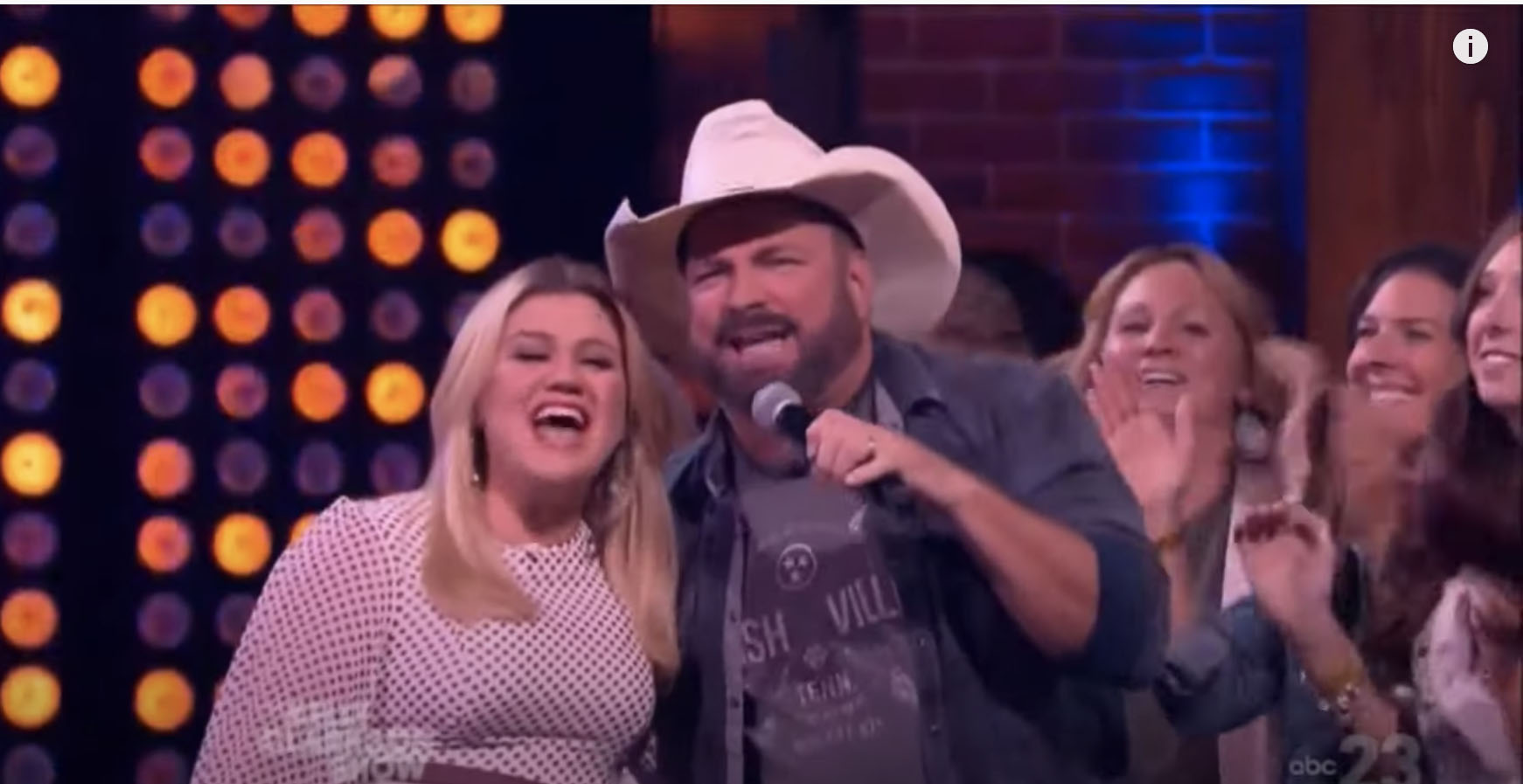 Kelly Clarkson and country music legend Garth Brooks recently appeared at the Kennedy Center Tribute. While there, Kelly did something that made Garth tear up. Keep reading to find out more.

Garth Brooks recently celebrates the honor he received at the Kennedy Center Honors. While he received his award in May, the festivities don’t air until Sunday, June 6 at 8 PM ET on CBS. According to People he joins the ranks of “Debbie Allen, Joan Baez, Dick Van Dyke and Midori being honored this year by the Kennedy Center.”

Late last year, Kelly Clarkson shares that it is a Garth Brooks song that helps her through her divorce from Brandon Blackstock. During an episode of The Kelly Clarkson Show, Kelly and Garth connect over both being divorcees. Not only that, Kelly shares that “The Dance” helps her through her divorce. As Country Music Alley previously reports, she said that she doesn’t want to “crap on” the good years with her ex, but needs to acknowledge that the marriage didn’t work out.

So, it seems only fitting that Kelly Clarkson sings “The Dance” at the 43rd Annual Kennedy Center Honors in Washington D.C. since Garth Brooks is there to receive an award. People describe this performance as “a soulful rendition of his beloved song ‘The Dance’. As she’s singing the lyrics “Could have missed the pain but I would’ve had to miss the dance,” the camera shows Garth Brooks holding back tears. Luckily for fans, People has an exclusive clip of this heartfelt moment.

Surely, Garth Brooks had to feel so honored to hear Kelly Clarkson sing one of his hits. It’s no secret that Garth holds Kelly in high regard. When he was speaking about artists he’d like to collaborate with recently, he shares that, “when Kelly starts singing, man, you can be a mile off and still hear her.”

Are you happy to see Kelly Clarkson pay tribute to Garth Brooks by singing “The Dance” at the Kennedy Center Honors? Let us know in the comment section below. Make sure to check out the ceremony Sunday, June 6 at 8 PM ET on CBS. Come back to Country Music Alley for more news about your favorite country artists.

Miranda Lambert Voted One Of Most Influential People 2022
Keith Urban Relies On Marital Devotion For Sobriety?
Kelly Clarkson Listens To Fans & Delivers — Here’s How
Carrie Underwood Hearkens Back To Signature Style On New Tune
Jimmie Allen Puts The APB Out On ‘On My Way’ With Jennifer Lopez