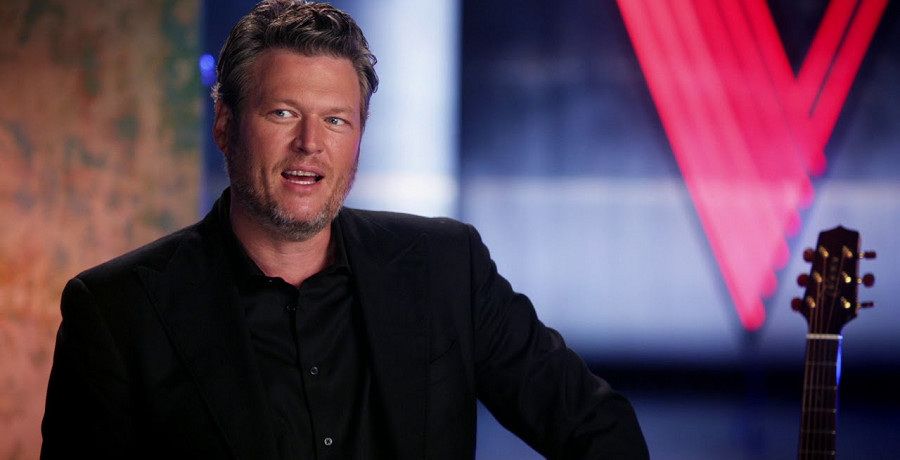 Blake Shelton tries to take new The Voice coach Ariana Grande under his wing, but it may have backfired. All of this is amid the rumors that there is a beef between Blake and Ariana. What does Granpa Grande mean? Keep reading to find out.

Why is Blake Shelton Grandpa Grande?

Earlier this week (September 26), Country Music Alley reports on Blake Shelton’s reaction to rumors he’s being replaced. There are unverified rumors that The Voice is looking to replace the longest seated judge, Blake Shelton, with someone younger. This speculation comes on the heels of the success of the newest coach, Ariana Grande.

Fans can see a text exchange between the two coaches on Ariana’s Instagram. However, her reaction throws a lot of loops into the speculation. She just heart reacts to Blake’s texts.

Yesterday, Blake Shelton posts a clip from a recent episode of The Voice. From the looks of it, Ariana and the other coaches are confused about why Blake is doing so much advocating for the young, new coach. Kelly Clarkson even says she feels like Blake is “wearing a cheerleading outfit with [Ariana’s] name on it.” Additionally, Ariana seems to see right through it. She says she’s aware that is all part of his “big picture plan.”

Ariana Grande goes on to say that she respects what Blake is doing, but she doesn’t know if it’s going to work. So Blake explains to her that he thinks of her as his granddaughter. They all joke that Ariana is Blake’s “Grande daughter.”

Ultimately what it seems to boil down to is that while Blake doesn’t want Aria to win, he doesn’t want Kelly Clarkson or John Legend to win more.

Blake Shelton captions this clip with, “I’ll gladly be Grandpa Grande if that means taking @KellyClarkson @JohnLegend down…”

Is there beef between The Voice coaches

That’s not the last of the Grandpa Grande saga. In the next clip that Blake Shelton posts, he confronts Ariana Grande. Ariana calls Blake out for stomping and asks, “Is that how we handle our emotions,” because Blake says that’s how he walks when he’s mad.

In return, Blake points his finger and tells Ariana that she stabbed him in the back. While the pop star tries to get the country singer to see things from her point of view, Blake walks away. At this point, Ariana jokes that this is serious. Blake proclaims, “You’re not my granddaughter anymore.”

Ariana Grande calls out “Grandpa! Wait!” Then, she faces the camera. With puppy eyes she asks, “Where am I gonna go for Christmas now?”

I take that back @arianagrande… no more Grandpa Grande. Y’all wanna know what happened?? Then watch @nbcthevoice NOW! #TheVoice pic.twitter.com/10nNZwafuT

What do you think about Blake Shelton and his interactions with Ariana Grande? Do you think he’ll forgive her? Let us know your thoughts in the comment section below. Come back to Country Music Alley for more news about your favorite country artists.