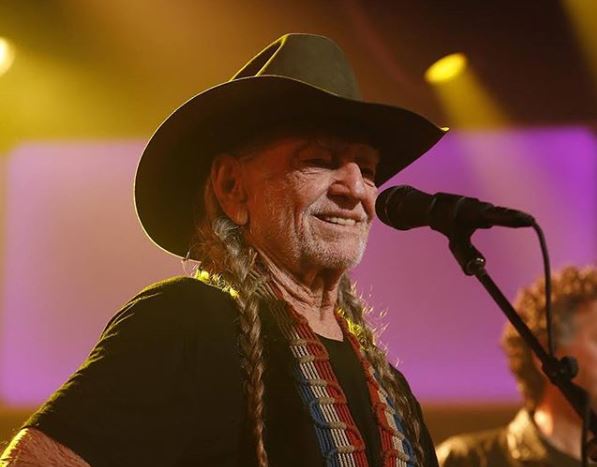 Willie Nelson has collected several lifetimes of songs, friends, and memories through his 87 years, but nothing compares to this 2020 Fourth of July.  It was hard to tell if the ageless outlaw was at his brick-and-mortar home or the place he calls home, his tour bus, during his conversation with Jenna Bush Hager on Today on July 2, but the troubadour is still at his best, sharing stories, laughter, and reflection in light of the pandemic that is reaching new peaks in his home state of Texas.

If this was the typical Independence Day, flocks of faithful country music fans would have already staked out their ground to see Willie Nelson, family, and friends.  His Fourth of July celebration picnic, which is an institution in Texas, draws global devotees.

Fans across the globe can still attend this year’s 47th annual Willie Nelson picnic, without the need for packing, transportation, or sunscreen.   The event has been made virtual this year, but there’s still a star-studded roster of talent.  Two of the artists on the bill provoke a particularly broad smile from the headliner and musical icon.  As he celebrates the country’s freedom, he also celebrates his 70th album collection.

Willie Nelson is no fan of the pandemic lifestyle

“It’s no fun– especially for an old guitar picker,” describes Willie Nelson of his daily life these days of “hiding out, hanging out, and hunkering down” near Luck, Texas.  Fortunately, Willie is blessed with a good-hearted, no-nonsense woman like those he praised in song with Waylon Jennings.  Annie has been his bride for almost 30 years, and the singer-songwriter verifies that “She’s not a yes-woman,” noting that she has no issue telling him to “quit that” if he dallies into big-headedness.

Music in progress is a constant lifestyle for Willie Nelson, and he’s currently working on a Roger Miller homage album and another Frank Sinatra album.  Nelson has frequently elaborated on how he holds Sinatra as his favorite singer.

Lukas Nelson and Micah Nelson are two more talented artists close to Willie Nelson’s heart.  Again and again, the proud papa glowed as he gushed that “they’re really good musicians.”  Willie insists that there was never any need to push music on either sibling.  “We just left some drums and guitars and a piano laying around,” remarks the iconic parent, before genetics and aptitude took over.

Lukas is a blazing shredder with the loveliest Nelson tenor imaginable in his vocals.  His band, Promise of the Real, has celebrated its two most acclaimed albums in recent years.  Anyone who loved the songs performed on-screen in “A Star Is Born” has to bow to Lukas Nelson because he was the co-composer and coordinator of almost every track in the score.

Micah Nelson prefers a daring punk-psychedelic vein in his endeavors with Insects vs. Robots and his other band, Particle Kid.  The talent in the family flows far beyond particles, and both sons savor every moment playing with dad, even when there’s no crowd approval.

.@jennabushhager catches up with @WillieNelson about his new album “First Rose of Spring,” and his annual 4th of July Picnic, which will be held virtually this year. pic.twitter.com/BvFtPOPWq4

‘First Rose of Spring’ is blooming with success for Willie Nelson

Willie Nelson doesn’t show a shred of nerves when it comes to pulling together his annual musical benefit, even if he’d prefer to be playing to cheering friends in person.   Few artists in history have ever even imagined making 70 albums, much less actually doing it.   “First Rose of Spring” released on Friday, July 3, and is getting fervent critical and fan approval.  Willie Nelson simply says “I love recording albums.”  This artist truly thrives on making music, in every form.

Variety praises that Nelson is “on a serious streak of excellence” with the album.   Beyond the wistful title song, there is the reflective “Don’t Let the Old Man In” and “I’m the Only Hell My Mama Raised.” The review teases that Nelson this out to record 100 albums before he reaches age 100.  With quality and attention like he demonstrates here, listeners should be in line for pre-orders for all 100.

Family and friends make any stage home to Willie Nelson

Willie doesn’t miss that it won’t be “so d@#m hot” performing indoors instead of from a dusty stage.  One person who always joins Willie Nelson onstage is his sister, Bobbie, who plays the piano.  This fall, a chronicling their life story, “Me and Sister Bobbie,” will be out.

One thing is certain, as long as Willie Nelson draws breath and has fingers, his music will flow, and faithful listeners will always find it.