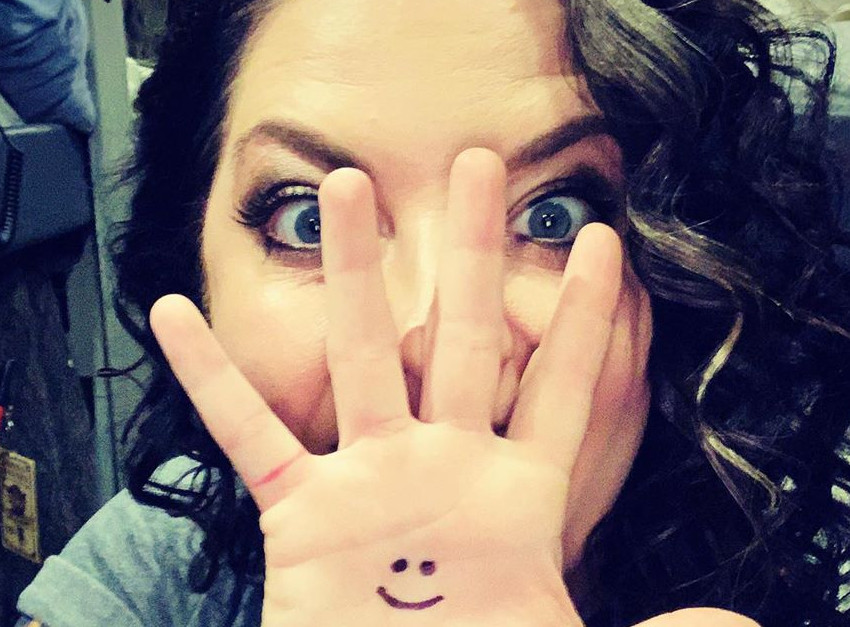 Ashley McBryde is doubtless familiar with Harlan Howard’s saying that country music is “three chords and the truth.” Perhaps no other female artist in the entire music industry is as dedicated to her own personal truth as this Arkansas native. She refuses to fit into the classic stereotype of a successful country artist.

The singer-songwriter says that her long stints of singing in a biker bar were her best teacher. She’s had a whirlwind ride. She won CMA Award honors as New Artist of the Year, and three Grammy nominations for her debut album, “Girl Going Nowhere.”

Ashley McBryde turned the exact words of those who told her that her dreams were worthless into choruses that countless devoted fans sing back to her.

Not only does Ashley McBryde garner acclaim in her musical genre, but, her “Saturday Sessions” set on “CBS This Morning” last year brought an Emmy to the network.   It’s not surprising that McBryde returned for a special performance from the “Mother Church” of country music, the Ryman Auditorium, for another pure and powerful trio of songs from her “Never Will” album, released in April.

Ashley McBryde is still singing to soothe her own spirit in the July 11 mini-concert offering and her listeners can find themselves in her resounding authenticity.

If sunlight is the best disinfectant, then Ashley McBryde’s music makes perfect medicine for these pandemic times.  The coronavirus requires that every performance be socially-distanced, but every grain through the wooden pews of the Ryman Auditorium is saturated with music. The infectious, lovely opening to “Hang in There Girl” gives way to another truth-telling self-sermon from the artist.  Thanks to the acoustically-gifted efforts of part of The Trybe, Ashley McBryde’s band, this AM session is as soul-satisfying as being gathered around any intimate club stage.

Her tattoos were shielded by a blue, long-fringed jacket, but the spirit and the toughness are fully intact through the spot-on imagery of this poor girl’s ballad.  “Set of wheels, set of keys/Check the oil and the antifreeze and go…” declare the lyrics.   “I’ve been right there at the end of that drive.”

“You don’t want to hear about my last breakup/I don’t want to worry about space you take up/I don’t even care if you’re here when I wake up..” confirm a few of the opening words to “One Night Standards.” The melancholy, matter-of-fact “need somebody” song goes just fine with morning coffee.

“I don’t want a number you ain’t gonna answer, let’s just stick with the one-night standard,” one line of the chorus spells out.

The beloved Americana and country music legend, John Prine once assured Ashley McBryde that “You’re no Reba,” and he was certainly right.  Ashley McBryde is her own brand of woman, songwriter, and artist. And she’s not going anywhere other than to a stellar career.  She’s not about to surrender her hard-won place, and she never will, hence her album title.

“CBS This Morning” aficionados know that only a few seconds of the third “Saturday Sessions” offering ever get broadcast.  Fortunately, the full performances are always on the morning show’s website and on YouTube. Good thing, because “Sparrow” is not to be missed from Ashley McBryde.

The best artists use the simplest gifts in the most incredible ways, and one of the most touching turns with words has the most haunting touch on this ballad.  The rhyming of “It ain’t fair, though” with “sparrow” lingers long in the soul. The lilting slide guitar doesn’t hurt, either.

“Higher than you’ve ever been/Lonely like you’ve never been,” sings Ashley McBryde in plaintive perfection.  “How you miss the ground when you’re out there in the sky,” reminds this saga of success and life on the road.

Ashley McBryde is living her musical success story, but she still remembers the days of living in a storage unit.  Writing good music and never forgetting to stay grounded is a great formula for staying around.

Country Music Alley keeps fans informed on all the latest from favorite artists and their music.

Jimmie Allen Puts The APB Out On ‘On My Way’ With Jennifer Lopez
Miranda Lambert Voted One Of Most Influential People 2022
Keith Urban Relies On Marital Devotion For Sobriety?
Maren Morris’ Tour Bus Is Far From Humble
Kelly Clarkson Listens To Fans & Delivers — Here’s How