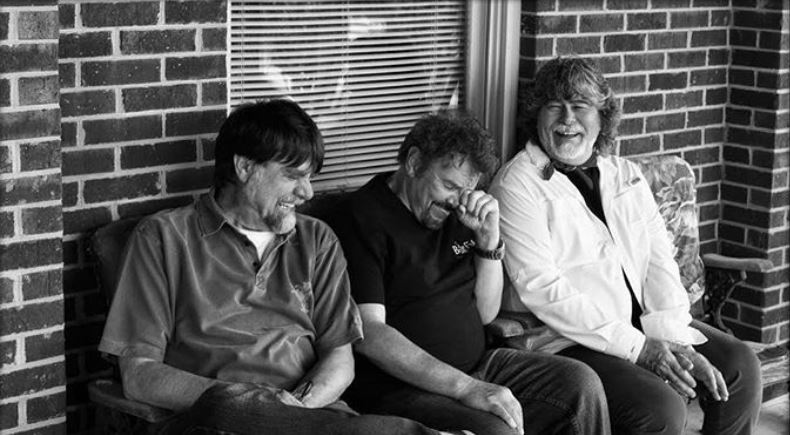 Historically, Alabama made news for combining traditional Country and Southern rock for a unique sound. Randy Owen formed the band with his cousin, Teddy Gentry. A short time later, their other cousin, Jeff Cook, joined the band. Since 1969, the group has sold over 75 million records, without a doubt making them the most successful band in country music history.

It goes without saying that the concert season 2020 did not go according to plan. Many artists chose to cancel and postpone tour dates amid the ongoing coronavirus pandemic. With that in mind, artists are announcing their rescheduled and new tour dates.

Who is joining Alabama as their very special guest on their 50th Anniversary Tour?

Luckily, fans of the legendary Country music band, Alabama, can breathe a sigh of relief. In addition to announcing the rescheduled dates for their 50th-anniversary tour, they’ve announced who their special guest is according to CMT. Excitingly, Alabama tweets that they will take the stage with none other than Martina McBride.

Challenge accepted! When we lift each other up we all win. Thank you @mrsparanjape @jude_djf @rachelthibodeaumusic #womenempowerment #womensupportingwomen #challengeaccepted

Sadly, Alabama initially postponed more than 50 shows on its 50th Anniversary Tour in 2019, according to Popculture. Initially, the performances were postponed due to bandmate, Randy Owen’s health. Additionally, Popculture reports that Owen was experiencing “ongoing cluster migraines and vertigo.” In February, talks Taste of Country and makes mention of the wear and tear touring takes on the body. Owen says, “Well, it’s been stressed out and wore out touring.” However, it seems that Owen has a positive outlook. He goes on to say, “I hope I can get past that, but you know, it takes a toll on your body. We do a show that’s pretty strenuous on me. So I’m looking forward to it.”

How does the rest of the band feel?

Band member, Teddy Gentry says the following after the initial postponement. “The support of the fans and their energy at all of our shows has led to some of the most fun we’ve ever had on stage. As disappointed as myself, Randy, and Jeff [Cook] are to have to postpone this tour for all of our incredible fans; we know that Randy’s recovery is what is most important for everyone at this time. We would like to thank our fans, promoters, and venues, and we look forward to seeing you all soon.”  Consequently, original plans to resume the tour in 2020 came to a halt amid the coronavirus pandemic.

If 2020 has shown us anything, it’s that plans are ever-changing amid an ongoing global pandemic. Luckily, it seems that Alabama and Martina McBride are cautiously optimistic about how the coronavirus pandemic is trending. The rescheduled dates are nearly ten months away on July 2nd and 3rd, 2021, at the Bridgestone Arena in Nashville, Tennessee. Tickets are available on Ticketmaster.