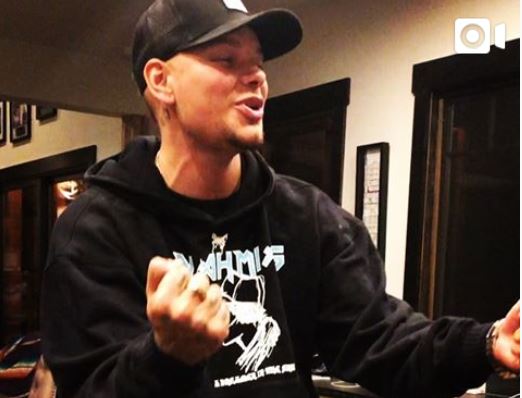 While concert season 2020 didn’t go as planned, it’s safe to say that several country artists are making the most of it. Amid the ongoing coronavirus pandemic, country stars are thinking outside of the box. Keeping in mind social distancing guidelines, several artists performed concerts live-streamed to drive-in movie theaters. CMT reports Kane Brown is joining the likes of Garth Brooks and Blake Shelton.

Luckily for Kane Brown fans, it seems they are getting double the dose of live-streamed concert experiences. Encore Drive-In Nights announced today (September 9th) that Kane Brown will join their concert line up. Excitingly, tickets go on sale in just two days (September 10th). Tickets may be purchased here.

On this TIKTOK grind today 🙏🏽

Excitingly, Brown’s drive-in concert experience will be a full-length concert, with full-band. It will air in nearly 300 drive-in theaters in the United States and Canada. With the coronavirus still affecting people nationwide, the Centers for Disease Control and Prevention recommended guidelines are still in place for these unique concert experience. Safety precautions of note are mandatory masks and social distancing. Luckily, masks and social distancing are only mandatory if concert-goers leave the designated area in front of their cars. Other precautions include a minimum of six feet between cars, contactless payment, and ticket systems, and monitored restroom capacity.

Who will Brown collaborate with next?

Kane Brown fans know that he’s no stranger to collaborations. According to Wikipedia, Brown’s sung with Becky G, Camila Cabello, John Legend, and Digital Farm. Most recently, he’s worked with Nelly for a remix of his hit “Cool Again.” Sure to top the charts, is Brown’s most recent single, “Be Like That.” Notably, this single features Khalid and Swae Lee.

Who else could Kane Brown possibly want to collaborate with? Popculture reports that none other than Country music great, Shania Twain, is on his collaboration wishlist. In a recent interview with ET Canada, Brown says, “I think I’m gonna have to go for like uh.. Shaina Twain.” He explains his decision with, “Ya know? ‘Cause we’ve done so many pop collabs recently. I think I want some country collabs to complete this mixtape.” Seemingly as a cherry on top, Twain takes to Twitter and says, “Let’s do it!”

Brown’s most recent release is  Mixtape Vol. 1, which hosts “Be Like That” and “Last Time I Say Sorry.” It’s exciting to hear that there is more music in the works to “complete this mixtape.” There is speculation that this project will include “Cool Again” with Nelly and “Mad at This World” with his wife, Katelyn.