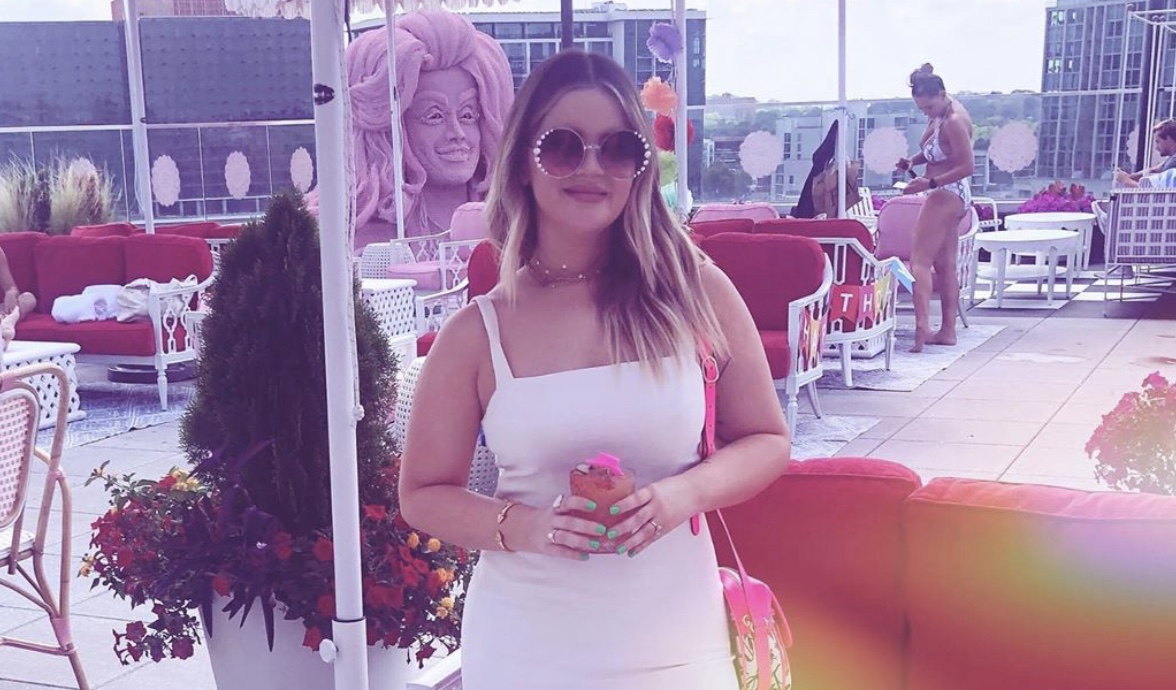 Maren Morris will likely hear her name called more than once at the 55th ACM Awards tomorrow night, September 16.  The current pandemic conditions will prevent the usual assembly of country music greats gathered for the traditional fanfare, but the accomplishment and acclaim for the songwriter is no less remarkable.

With two nominations for her album, “Girl,” one as an artist, and the other as a producer, Maren Morris leads the ladies of country music at the ACM Awards.  She has already won one award, as part of the stellar singing collaboration with Miranda Lambert on “Fooled Around and Fell in Love,” alongside Elle King, Ashley McBryde, Tenille Townes, and Caylee Hammack.  “CBS This Morning” delivered that good news yesterday, September 14, and Maren Morris is also up for Female Artist of the Year, but to the new mother of baby boy, Hayes, with hubby, Ryan Hurd, the sweetest victory is in the simple joys of life and motherhood in these turbulent and unpredictable times.

While CBS This Morning co-anchor and resident music expert, Anthony Mason, visited Maren Morris across computer screens on September 15, they both remembered their conversation last March.  Morris was right at nine months pregnant when she performed at the prestigious Houston Rodeo.  The petite performer confirmed that “he’s kicking around, but we’re gonna be OK.”  The mommy carried on with a marvelous show, but when the time came for Hayes to arrive, it was a different story.

“It was pretty gnarly at the end,” Maren confides of her 30 hours in labor.  Finally, an emergency C-section was performed, since Hayes was breech.  “All the nurses and doctors that I had were amazing– life-saving, really,” praises the singer-songwriter.

Life-saving would soon become the focus of the entire world as the virus outbreak consumed countless lives and “closed down the world.”  Maren Morris found that she was no different than many other mothers of infants, overwhelmed by wanting to do everything right when the darkness of postpartum depression sunk in for the singer.

The songwriter famous for “My Church” and “Dear Hate” along with her many other hits, knows the value of releasing emotions.  Morris feels fortunate that she was able to have “phone therapy” through the pandemic.  There were also plenty of “people who love me” who reminded her that “if you’re drowning, there’s help.”

No amount of trophies or country music success can prepare anyone for parenthood.  Maren Morris has accomplished so much in only the last four years, but she still felt like “you s#ck at every level.”

Adding to the stress of new parenthood was a situation that Maren Morris had never encountered.  She no longer had the safe haven of her music, her band, and touring to fall back on.  Like so many other artists, she was forced to put her band and crew on furlough and the awful feelings were “a lot” as her 2020 tour plans were put on hold.

Farewell to a friend leaves Maren Morris finding her way

Maren Morris admits that she sometimes wants to show off her precious son a bit too much, but it was certainly a delight to see the mommy holding Hayes for “Baby’s first fireworks” last week on Labor Day. The tenderness of sharing simple joys together comes through every frame of her video for “The Bones.”  The heartfelt ballad broke the record this year for a female country artist, spending 19 weeks at number one.  Many fans feel the timing is perfect for the message of the song.

“If the bones are good, the rest don’t matter, “proclaim the lyrics.  The foundation of love and standing pillars of family have come to mean everything through these days.  “People tell me, this is our country now,” and Maren Morris doesn’t disagree.  She also thinks that the time for judicial and social reform is here.  There is a Black Lives Matter sign in the front yard of the Nashville home she shares with Ryan and Hayes.  “It’s not political. It’s not partisan,” she echoes of the need for change.  Morris doesn’t feel any pressure “in a career way” for coming down on the right side of history.

Personally and professionally, Maren Morris has deeply felt the loss of her friend, producer, and co-writer, Busbee (James Ryan Busbee).  The warm and gifted musician wrote “My Church” and “80s Mercedes” with Morris.  He died last September from brain cancer at only 43.  Several pictures flashed of Maren, Ryan, and Busbee, showing their closeness over time.  In the loss of her friend, Maren asked herself, “Who am I without him in this world?” as an artist.  As frightening as that can be, she is enjoying “finding my way in the dark” and discovering more of her creative depths.  “I’ve created my best art when I’m scared,” attests Maren Morris, and she knows that Busbee “will always be part of my sound.”

As a gift to an old friend, Maren Morris gave Anthony Mason an early listen to one of her four songs already written for the next album. By this time next year, if not before, the nominations for the third album will be making news.