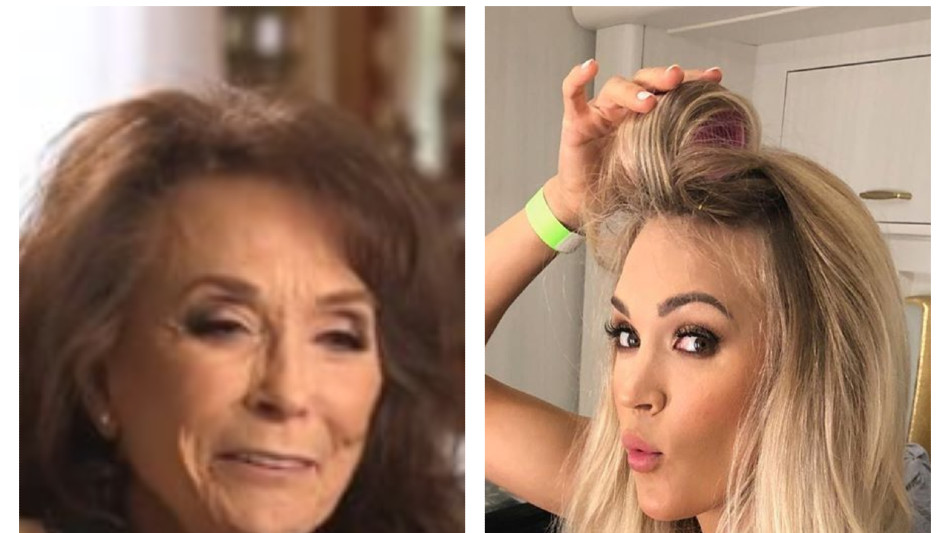 It’s been 15 years since Carrie Underwood burst onto the country music scene. She won the singing competition American Idol in 2005. Since then, she’s gotten married and had two children. Plus, she racked up numerous awards.

At the 2020 Academy of Country Music Awards, she took home the top prize for Entertainer of the year, tying with crooner Thomas Rhett. Carrie Underwood was so surprised by her win that she forgot to thank her husband and children.

In addition to winning Entertainer of the Year, Carrie Underwood gave a performance of a lifetime! The country singer lent her voice to the hits of six of the most popular female country music artists of all-time.

Carrie Underwood took center stage at an empty Grand Ole Opry House for the performance, Rolling Stone reports. In a post-quarantine world, no one was in the audience – nominees OR fans. Even without an audience, the singer flawlessly performed a medley of six very different songs.

She chose the unexpected “Why’d You Come In Here” for the Dolly Parton portion of the tribute. The medley ended with Reba McEntire’s “The Night the Lights Went Out in Georgia” and Martina McBride’s “Broken Wing.”

A few days after the ACM Awards, Loretta Lynn’s official Instagram account weighed in on Carrie Underwood’s performance. Sharing a clip of the medley, @lorettalynnofficial congratulated the singer on her Entertainer of the Year award.

@barbaramandrellmusic also took followers way back with “a little #fbf [flashbackfriday.]” The caption accompanied clips of Barbara Mandrell at the ACM Awards in the 70s and 80s. Between 1979 and 1982, Barbara Mandrell won Female Vocalist of the Year twice and Entertainer of the Year once.

During this @acmawards week, and after watching the incredible performance that @carrieunderwood gave in honor of some amazing members of the @opry, we thought a little #fbf would be good today!! Comment below if you remember any of these moments, if you were country when country wasn’t cool, or if you have a favorite memory to one of Barbara’s classic songs!!!! And if you haven’t purchased the new vinyl collection, be sure to visit the link in bio. #barbara2020 #afteralltheseyears

Watch Carrie Underwood’s 2020 Academy of Country Music Awards medley below. Be sure to follow our Facebook page for all the latest country music news.

Maren Morris’ Tour Bus Is Far From Humble
Carrie Underwood Hearkens Back To Signature Style On New Tune
Kelly Clarkson Listens To Fans & Delivers — Here’s How
Keith Urban Relies On Marital Devotion For Sobriety?
Jimmie Allen Puts The APB Out On ‘On My Way’ With Jennifer Lopez