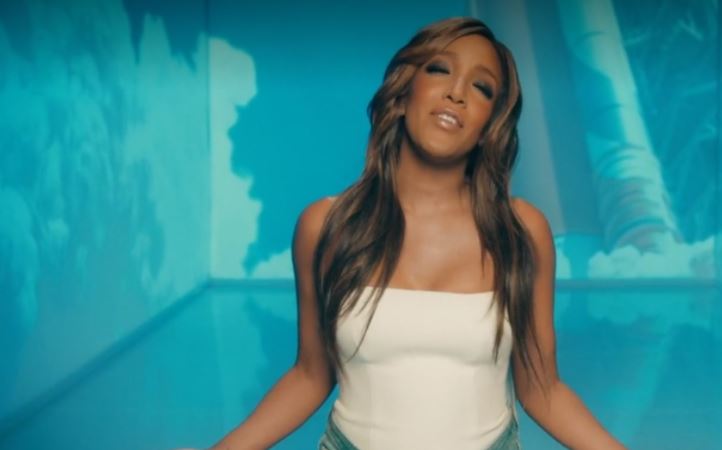 The country music world couldn’t help but to take notice notice of Mickey Guyton when she broke through with her 2015 hit, “Better Than You Left Me.” The ballad of overcoming and living beyond not only showcased her boundless vocal range but also proved Mickey Guyton had a songwriting talent to be reckoned with as a rising star.

In song after song, Mickey Guyton continued to cultivate a faithful and loyal throng of believers, but it wasn’t until this year that audiences felt and heard the Arlington, Texas native in a whole new way.  The singer-songwriter opted to forsake the Nashville formula and stand boldly in her own personal truth.  The songs “Black Like Me” and “What Are You Gonna Tell Her?” gripped listeners by the heart and consciousness and wouldn’t let go.

More proof that Mickey Guyton’s moment now comes with her unforgettable, sterling performance at last month’s ACM Awards, accompanied by Keith Urban.  Center stage is where Mickey belongs, and her song “Heaven Down Here” is just what millions of troubled hearts need these days, as Guyton explained to CMT.  There is no such thing as a surplus of hope or healing in the pandemic era.

A needed message for the times from Mickey Guyton

“The song came from the very depths of my heart,” Mickey Guyton details, adding that it sparked “a renewed sense of self.”  She has no shame in saying that she had a “therapeutic intent of healing my heart,” and she hopes everyone can sense that purpose and “receive the same healing.”

The lyric video for the heartfelt ballad  released in July, with more of a homespun artboard approach with chalk drawings.  In the live-action version preview, Mickey Guyton’s passion and delivery give rich meaning to views of front-line workers and glimpses of true America. Views scan children and adults of all generations, colors, and neighborhoods.  The social cry begging to be heeded is included, too, encompassed by the Black Lives Matter movement.  There is also a redeeming message that we as people, and as America, can overcome this time and accomplish change.

Motherhood came as a shock to Mickey Guyton, but she’s not in a panic

In late August, Mickey Guyton broke the news that she and her husband, Grant Savoy, were expecting their first child.  In her tender social media post, the mother-to-be marveled at how, “God always finds a way to shine His light on the beautiful side of life, like the miracle of life itself.”

“I have no idea what I am doing but I am so thankful that God chose me to be this baby’s mom,” mama Mickey Guyton closes her remarks.  She told ET Canada last month that “it’s terrifying” to take in such life-altering news, especially when it is so unexpected.  The new mom wasn’t sure if her nauseous state was from the stress over the reception of “Black Like Me” or pregnancy.  Her team was considering adding extra security for the artist.  She feels quite assured now that she can balance her career and a family.  She has high-powered cheerleaders, like Maren Morris, as examples.

The expectant country star is not “reading 1000 books on how to be a mother,” and her registry and the nursery have not even been started.  Refreshingly, she’s “just going to give myself grace to know I’m not going to be perfect.” That may be true, but Mickey Guyton and her husband will welcome every day with their child with abundant love.

Hope, love, and grace are much-needed  now.  Mickey Guyton cried when she saw the finished video for “Heaven Down Here,” and only part of the reason was the pregnancy hormones.   “I really hope my fans feel hope,” she declares, along with the sense that “everything will be ok” as this unprecedented time passes.

In a playful snippet in advance of next week’s October 21 CMT Awards, Mickey Guyton tackled the question of who would make her cut for a country supergroup.  Not surprisingly, the socially-conscious singer with pipes for belting it out chose Dolly Parton, her longtime she-ro, Carrie Underwood, and Miranda Lambert.

Only time will tell if these four invincible ladies of country music will ever join forces,  In the meantime, Mickey Guyton can rejoice in her moment, motherly joys, and in bringing “Heaven Down Here.”

Jimmie Allen Puts The APB Out On ‘On My Way’ With Jennifer Lopez
Carrie Underwood Hearkens Back To Signature Style On New Tune
Kelly Clarkson Listens To Fans & Delivers — Here’s How
Maren Morris’ Tour Bus Is Far From Humble
Keith Urban Relies On Marital Devotion For Sobriety?