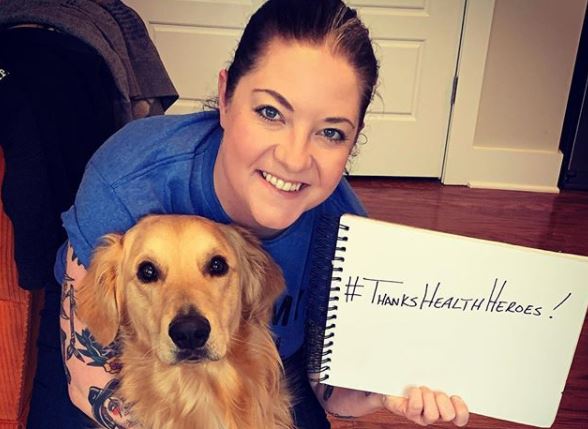 The 2020 CMA Awards will shine with enough country music superstar wattage to light up all of Nashville on November 11 next week.  A cavalcade of renowned performers, from revered legends to rising newcomers will fill the stage of Nashville’s Music City Center, by safe, socially-distant means, of course.  The celebrations of great icons of the genre will pair with one-of-a-kind numbers.  Viewers won’t want to miss a moment of this uplifting night of resilience and collaboration on ABC.

For many years now, the CMA Awards and the ACM Awards set a high bar for how an award ceremony should be done.  The country music world honors its past and welcomes its future in these annual celebrations, and this year, Reba McEntire and Darius Rucker will take on hosting duties. The hosting duo will also join in an all-star collaboration featuring Lady A, Thomas Rhett, Chris Tomlin, and Ashley McBryde, among more stellar artists, as Billboard and People confirm.

Ashley McBryde kicks up her boot heels alongside Jason Aldean, Dierks Bentley, the Brothers Osbourne, and Jenee Fleenor for the 2020 CMA Awards show opener saluting the late Charlie Daniels. Daniels’ signature stomper, “The Devil Went down to Georgia” won the 1979 CMA honor as Single of the Year.

Pop, country, and rock pioneer Kenny Rogers hosted The CMA Awards five times.   Rogers is certainly lovingly remembered during the festivities.  Little Big Town will offer “a sweet tribute” to the silk-toned singer-songwriter.  No artist will ever replace the country music magic he made with Dolly Parton or the unique warble of his voice on high notes.

Jon Pardi will offer the tribute to Joe Diffie. Diffie earned his 1993 CMA Award nod for “I Don’t Need Your Rockin’ Chair.”  The legions of fans for the “everyman” singer will doubtless be delighted with Pardi’s remembrance.

Keith Urban has a passion for his music and performing that has been persistent in the face of the pandemic.  The 2020 CMA Award-nominee for Entertainer of the Year aims to make the miles disappear when he sings “God Whispered Your Name” all the way from Australia.  The unique performances like this from the CMA Awards keep fans tuned in for the full three hours.

Another first live performance comes when Justin Bieber teams with his buddies, Dan + Shay, for a live performance of their crossover smash, “10,000 Hours.”  For some in the audience, the eye-candy might rival the harmonies in this CMA Awards moment.

A high honor, not in tribute to a single performance, but to a lifetime of musical and personal excellence, will be presented to Charley Pride.  Jimmie Allen will present the Willie Nelson CMA Award for Lifetime Achievement to the “Kiss an Angel Good Morning” legend.  It is sure to be a moment that neither the presenter nor the honoree will ever forget.  Country music was changed for the good forever by Charley Pride’s talent and grace.

This year’s 2020 CMA Awards strives to be safely together

The heavy-hitters among the 2020 CMA Award nominations will also take the stage. Miranda Lambert leads with seven nominations.  She will perform “Settling Down.”  Maren Morris will serve up her truthful ballad, “The Bones” and six-time nominee, Luke Combs will offer “Cold As You.”

Even with all the star power pouring from the stage, the CMA Awards executive producer, Robert Deaton, hopes that viewers, stars, and attendees  appreciate the effort to allow them to “come together, in a big way, on television for the first time in months.”   Deacon reiterates that he and his organization are “honored” to “provide an escape and deliver a live awards show experience unlike any other this year.”

That’s a tall order to fulfill in these daunting pandemic days, but all credit to the production team who worked to re-create the very first CMA Awards banquet and show from 1967.  Deaton calls the completed look “a breathtaking setup” and one that will still ensure the safety of everyone involved.

Bobbie Gentry and Sonny James hosted that 1967 ceremony.  The CMA Awards weren’t televised until 1968, but the music, the memories, and the legends live eternally within everyone touched by the songs.  More memories are sure to be made next Wednesday.  Tune in at 8 PM ET to see favorite performers as “live” as possible on ABC.

Carrie Underwood Hearkens Back To Signature Style On New Tune
Kelly Clarkson Listens To Fans & Delivers — Here’s How
Keith Urban Relies On Marital Devotion For Sobriety?
Jimmie Allen Puts The APB Out On ‘On My Way’ With Jennifer Lopez
Blake Shelton Headlines 2 Major Events, See What