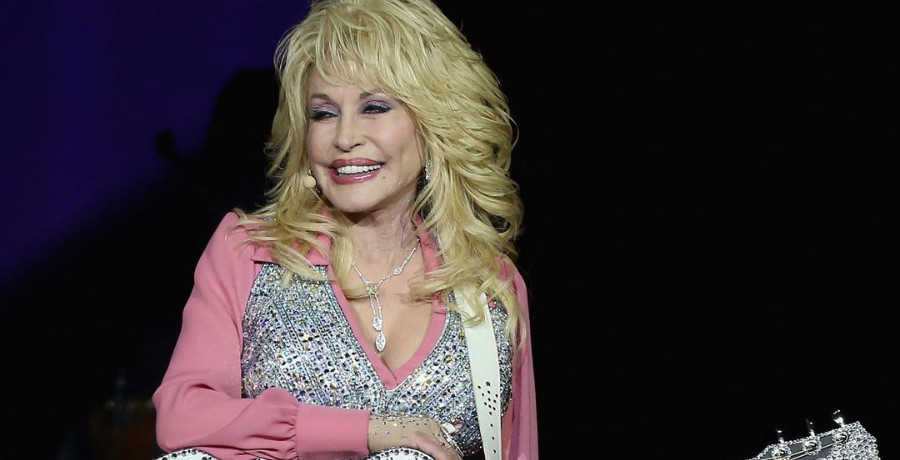 Any person who’s ever spent more than a few minutes with Dolly Parton knows that she thinks the world of her roots in Sevier County, Tennessee. Her father, Robert Lee, is always “the smartest man I ever knew” in his daughter Dolly’s eyes.  Her mother, Avie Lee, imparted her unshakable spiritual intuition into all her children. And, no one can deny that Dolly Rebecca Parton got her share.

The “Coat of Many Colors” songwriter consistently extols the life her parents made for the family of 12. “Although we had no money, we were rich as we could be/with my coat of many colors that my mama made for me” the legendary artist reminds. The lines of her timeless ballad still tell a very true story. Even though her life “back in the hills” had immeasurable rewards beyond wealth, Dolly Parton decided to do all she could about illiteracy and the lack of real books in the hands of young children.

The Imagination Library formed initially in 1986, as an effort to serve poor families who lived in Sevier County and surrounding areas.  In 1995, the full-fledged program launched near the Dollywood theme park in Pigeon Forge, Tennessee. Dolly Parton discusses why her mission of literacy has become the dearest part of her legacy in a Columbus Dispatch interview via MSN.   The generous heart of the country music legend has changed lives like never before in this year of the pandemic, but the needs of real people still matter most.

Access to books is the key, Dolly Parton insists

When Dolly Parton scrolls through her history of life, a moment that she treasures above most is seeing her father live to see the opening of the Imagination Library. Like so many of his generation, work and labor had to take priority over the “luxury” of books and reading for rural families.

Thankfully, adult literacy programs are open and available in many areas.  Robert Lee Parton surely had the aptitude of a successful student. He was inhibited by the stigma of self-consciousness and the sense of stigma by the time he reached middle age. Her father’s inspiration and unending perspiration in providing for his family brought Dolly Parton to the deep understanding that literacy had to begin as early as possible.

“If you’re from the rural area, then you understand our people,” Dolly Parton stresses. The difficulty lies not just in “how hard it is for a lot of people to get the books or to even get the education” that is so vital to rural families.

The expense and difficulty of getting books is erased by the design of the Imagination Library. From the outset, Dolly Parton determined that books would be mailed directly to children enrolled in her program each month. And, they would be addressed in each child’s name.  More than just the thrill of checking out a book, these books belong to the children as Dolly Parton’s legacy in building a lifetime of reading. Children age 5 and younger qualify for the program, which ends for children entering first grade. Parton has related in numerous interviews that many of her young readers cry when the time of losing connection with “Mother Goose” or “The Book Lady,” as she is most often called, approaches.

“I’m very involved in the lives of children, their personalities, their lives, their dreams,” Dolly Parton confirms. Parton isn’t just talking about the multitude of nieces who try to play their fingernails just like Aunt Dolly can. She’s not even referring to the patients at Vanderbilt University Children’s Hospital, where she’s made donations that really make a difference.  She’s talking about families very much like the one of her childhood.

Novalee Allgood, age 2, and her mom, Haley, live in Leesburg, a town 60 miles southwest of Columbus. “Around here, there’s no bookstore,” mama Allgood laments.  The nearest alternative is in Cincinnati or Dayton, more than 50 miles away. Getting to Walmart takes another 15 miles, and the children’s book section “is not much” according to the parent.  The Imagination Library deliveries through the Dollywood Foundation are like a divine intervention from Dolly Parton herself.

Novalee lets out shrieks of joy when her mom asks, “Should we read?”  The Little Engine That Could is a favorite of the toddler.  Novalee struggled with such severe speech delays when she first enrolled with the Imagination Library that she could barely communicate basic needs. Now that she has “fallen in love with books,” the growing toddler signs, gestures, and fills in the blanks as the story unfolds.

The music legend reflects back on her youth in echoing that “I’ve always grown up with the belief that it’s better to give than to receive.”  However, Dolly Parton makes her giving more personal. “And I also love the children,” the singer confirms as her true motivation.

Dolly Parton and Imagination Library all set for a Facebook celebration

December is a busy month for Dolly Parton. But, she’s never too busy to move literacy and the children she loves to the top of her “Nice List.”  Her many fans are already enjoying her Netflix Christmas musical, Christmas on the Square.  December 6 she’ll star in A Holly Dolly Christmas, spun off of her chart-topping holiday album.  The only thing better than having Dolly Parton singing her Christmas songs is seeing the philanthropist Dolly Parton surrounded by children.

On December 9 at 7 PM ET, The Library That Dolly Built will celebrate its Facebook premiere.  Danica McKellar from The Wonder Years and numerous Hallmark movies will narrate.  Of course, no one will outshine the smiles of countless children, parents, grandparents, and early childhood educators who were blessed by Dolly Parton. The real folks from Tennessee and beyond will tell the story. Dolly will just be wonderful Dolly.  The European and Australian Facebook premieres will follow on December 10 and December 11.

Today, more than 1.7 million children participate in Imagination Library, which gifted more than 150 million books worldwide.  Although Dolly Parton strives to create an equitable playing field in providing literacy to children of diverse backgrounds, she reminds us that “this is not just for poor children– this is for all children.”

Partnerships with state governments and local corporations help support the Imagination Library. Dolly Parton is a powerful force in any boardroom. When she’s talking about children and reading, her message is loud and clear.

“We’ll just do whatever, as times are along,” and uncertain times at that, Dolly Parton insists. “We’ll roll with the times,” the superstar reiterates.

Whatever comes, Dolly Parton remains determined that “we’ll just continue to do whatever we can to get more books into the hands of more children.” No matter where the multitudes of grateful children live, they feel Dolly’s love every time they turn a page or learn a new word.