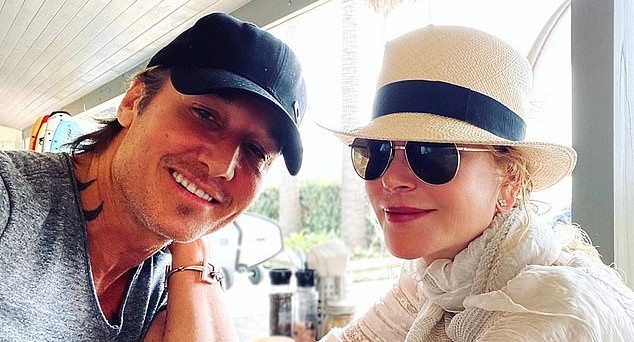 Country megastar, Keith Urban has cranked out a few duets over the years. Of note are “The Fighter,” with Carrie Underwood, and most recently, “One Too Many,” with popstar Pink. However, his most recent Christmas duet seems to take a page from Garth Brooks and Trisha Yearwood or Tim McGraw and Faith Hill’s playbook.

According to popculture fans are aware that Nicole Kidman joins Keith Urban for duets from time to time. However, others beg to differ that this is common knowledge. On Christmas Eve, Urban shares his new song on Instagram. Seemingly in his element, the “Blue Ain’t Your Color” singer is outside preforming an acoustic rendition of his song with his guitar. His wife and Big Little Lies actress joins him. She wraps her arms around his shoulders and joins Urban in his performance.

What’s the meaning behind “I’ll Be Your Santa Tonight”?

Notably, popculture speculates that the new Christmas diddy is titled “I’ll Be Your Santa Tonight.” Furthermore, it seems that Urban promises that “despite the lonely holidays, many people faced in 2020, he is determined to spread Christmas cheer.” It seems that Kidman is onboard with her hubby’s mission. She recently told Glamour UK, “They say loneliness is the great killer.” Sadly, she goes on to elaborate, “It causes so much pain and I’ve been lonely, and it is very, very, very hard.”

Keith Urban and Nicole Kidman spend the holidays in Australia. This is because Kidman recently finished filming a new series called Nine Perfect Strangers. The duo shares daughters, Sunday Rose and Faith Margaret together. Gut-wrenchingly, Kidman shares the struggles of parenting during an on-going international pandemic. However, she shares that she has something in common with her daughters. “One of the hardest things is just watching them pine and yearn for their friends. I pine and yearn for my friends too.”

Fans respond to the uplifting song.

Fans respond to the new song on social media. Remarkably, it seems that all of the comments are just as positive and uplifting. Many of the comments wish the Keith Urban and Nicole Kidman a Merry Christmas. And, there are just as many comments mentioning how cute the duo are together.

How do you feel about Keith Urban’s new song? Are you surprised to see Nicole Kidman join her husband? Let us know in the comment section below. Come back to Country Music Alley for more news about your favorite Country stars.