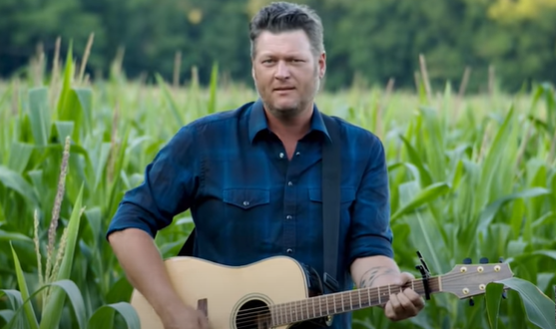 Blake Shelton debuted his newest single, “Minimum Wage,” on NBC during a New Year’s Eve show. The song was formally released on Friday (January 15) as a new radio single. However, the singer received significant backlash against the song during the first week after the New Year’s performance. Critics of the song called out Shelton for his insensitivity as a millionaire singing about living on minimum wage. But The Voice host said he doesn’t understand the outrage over the song and called it “absolutely ridiculous”.

One critic wrote on Twitter, “Does anyone else find Blake Shelton’s “Minimum Wage” song to be incredibly tone-deaf to our country’s current state?” This remark sparked a thread of comments calling out Blake for romanticizing living at the poverty line. And others derogatorily saying they hope Gwen Stefani signed a prenup. But all the people degrading the song really missed the whole point.

Although Blake is a millionaire now, he wasn’t always. During an interview with CMT Shelton defended his song. The first verse of the song is about having love before fame and fortune and how love can make everything better. The singer detailed his own struggles “barely” making it by as a new artist for CMT. And though times were hard for Blake he said they were “some of the best days of my life.” “Those days when the big struggle was, ‘Man, do I pay my rent or my electric bill, or do I just say screw it and go buy some beer?’”

“Minimum Wage” at its core is a love song. The entire song revolves around how a woman’s love “could make a man feel rich on minimum wage.”

The critics were quick to voice their disapproval of the song, but Shelton did not respond to the initial hate he received. Instead, he chose to wait out the backlash and the buzz died down within a week. When asked why he did not respond to the critics, Blake said, “We’re at the point now where it doesn’t even deserve a response”. Shelton continued saying, “they are not entitled to a response from me”.

After the initial backlash Blake was concerned and worried, “Wow, I guess I missed something here”. But as he continued reading the comments, he “realized this was really not real”. The songwriter explained his view saying the negativity was only a few people who “probably didn’t know a thing about country music”. And just to drive it home he said, “They clearly hadn’t heard the song or read the lyrics”. Because if they had the emotions behind the song are clear and there is no romanticizing poverty.

Will there be another album?

Multiple stars supported Blake Shelton through the controversy. Fellow country music singer Ronnie Dunn even said he wished he had written the song himself. However, the controversy surrounding the song made Blake wonder if it was time to “bow out” of the industry altogether. “Because that’s one of the longest-standing traditions in country music is lyrics about love. And if you’ve got love, then that’s all that matters.” Blake worries that people’s need to argue will change how country music is made. “There won’t be much left to play or write about on country radio if this is something we have to think twice about.”

But Blake as of right now has no intention of retiring. Instead, he is pressing forward on a path all his own, refusing to let criticism change him. “I am going to put out the records that resonate with me and my life and not look back”. Blake says country artists need to stay focused on what is right. He finished the interview by saying, “And I believe this song is a great message and I’m proud of it.”

There has been no news as to when or even if “Minimum Wage” will be part of a full album. Shelton previously stated with streaming services changing the way people get the music he was done making full-length records.

How do you feel about the controversy surrounding Blake Shelton’s latest single? Let us know in the comment section below. Come back to Country Music Alley for more news about your favorite Country stars.