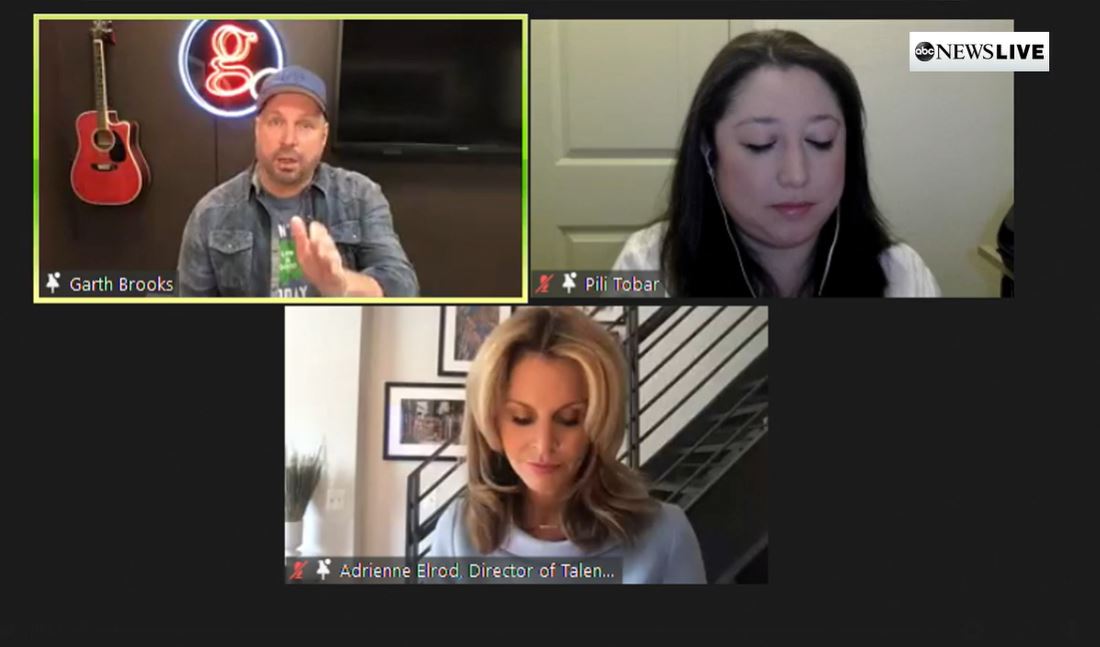 It is time to heal and put away differences according to Garth Brooks, who was asked by the Dr. Jill and Joseph Biden to perform at the inaugural swearing-in ceremony in Washington D.C.

“We are all together in this one,” says Garth Brooks, who conducted a Zoom-like call on Facebook Live to announce he will participate in president elect Biden’s inaugural event. He said: “Love one another, treat people the way you would want to be treated.”

Fans can look forward to the multi award winning artist Brooks who will perform at the swearing-in ceremony of president-elect Joe Biden, joining Lady Gaga and Jennifer Lopez to provide entertainment.

The news was announced in a press conference Monday morning. Brooks selection of songs is not yet announced, but his choices will be patriotic.

In his live interview he stressed reaching across to listen to people with opposing views. “I want the divided times to be behind us,” he said.

In the past, Brooks has shared he is non-partisan and has performed for every president since Jimmy Carter except Ronald Reagan.

His 2009 performance for President Obama took place at the actual inaugural.

In a Facebook Live video, he said: “I was lucky enough to be asked to play the 2016 inauguration (of Donald J. Trump) as well. We couldn’t fulfill that one as well because we already had dates in Cincinnati,” but, he noted, he has played for Trump on other occasions.

“This is not a political statement. This is a statement of unity,” Brooks said in a video call.  “I’m excited, nervous — all the good things, because this is history and it’s an honor to get to serve.”

Garth gets a personal phone call

He received a call from the First Lady-to-be Dr. Jill Biden, who he likened to being a familiar comforting voice, “like a mom.”

Brooks said. “She’s very welcoming, very warming. We’ve known each other since the Obama inauguration. She’s very easy to talk to. She said, ‘It’s your decision, but we would love to have you here.’ I’m sure we’re around the same age, but she was very much like a mom. … She made a very sweet ask. We took the weekend to think about what we would sing… and made the decision (to announce) right now.”

Asked what would make this feel especially different, he said, “The main thing they’re pushing now is unity, and that’s right down my alley… I would say we’re more divided than ever, so that bridge that brings us together” is key, Brooks said.

He added: “I don’t know. I might be the only Republican at this place. But reaching out, together… I want us to offer a differing opinion and hug each other at the same football game. …I think as long as you have people like the Bidens who are hellbent on making things good,… That makes me feel good. Because I want to spend the next 10 years of my life not divided. I’m so tired of being divided.”

“You can’t just take extreme left and extreme right because there’s a silent majority in the middle that’s going to dwarf both of them,” he added.

The singer noted that, after he received the Gershwin Prize in early 2020, he had had the opportunity to perform for members of both houses of Congress. “You’re worried there’s gonna be a gap down the middle that’s big enough to drive a truck through,” he said. But “I watched them dance together, sing and cry together, and you couldn’t tell which one was which party.”

Brooks will not be part of the TV special airing later on Wednesday, hosted by Tom Hanks and that will include Bruce Springsteen, John Legend, Foo Fighters, Jon Bon Jovi, Justin Timberlake and Demi Lovato.