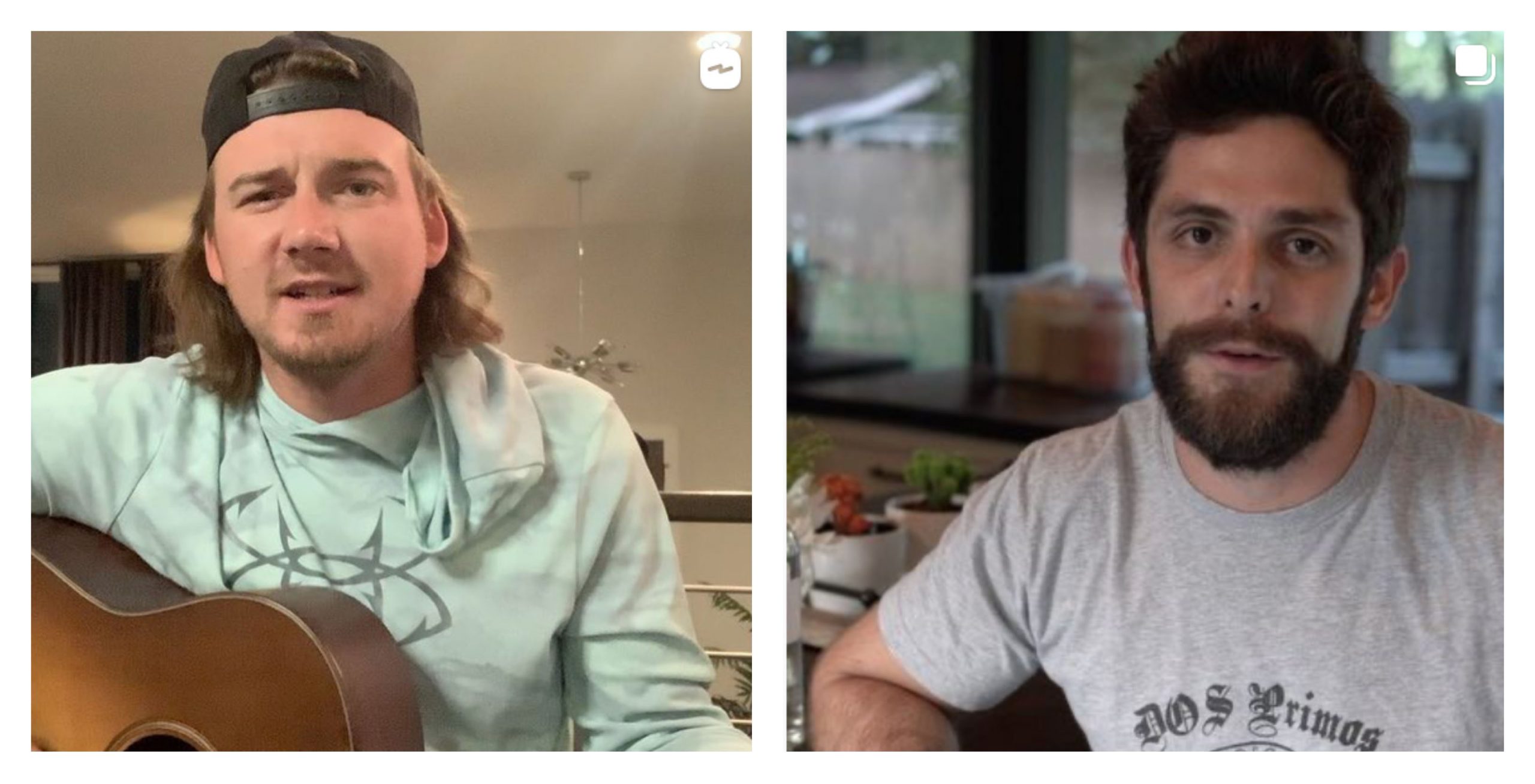 To say that Morgan Wallen has hit the co-writer jackpot for songs on his latest album, Dangerous: The Double Album would be an understatement. Thomas Rhett is just one of many recognizable co-writers that help Wallen. Read on to learn who had a hand in writing some of the songs on this wildly successful album.

As previously reported, Morgan Wallen had a hand in writing “Sand In My Boots” from the fellow Country star, HARDY. The song is about a summer fling. Consequently, it caught the attention of Luke Bryan. However, HARDY looks out for his pal Wallen, and tells Bryan he knows Wallen “could make it cool.” Entertainingly, the first Wallen hears of this exchange is during Apple Music Country’s Happy Hour. And he has this to say, “Sorry, Luke if you’re listening, but I’m not really sorry at all.”

Who Else Is On The Star-Studded List of Co-Writers For Dangerous: The Double Album?

Notably, HARDY isn’t the only famous co-writer listed on Morgan Wallen’s Dangerous: The Double Album. Thomas Rhett co-wrote two songs for the album. Fans can see Thomas Rhett in the credits for “Your Bartender” and “Whisky’d My Way.”

Thomas Rhett was recently on The Bobby Bones Show. While on the show, he plugs his new tequila brand, Dos Primos. And that’s not all, he teases a new album. Eventually, he goes on to detail writing “Your Bartender.”

According to Music Mayhem Magazine, Thomas Rhett had the first chorus for the song figured out. However, he thought that the song “might not be” for him. Luckily, he didn’t let that stop him from finishing it. Assumably, this is because he “knew that it sounded like a really big song for somebody.” As fate would have it, the “Die A Happy Man” singer thought of Morgan Wallen.

As history would have it, Thomas Rhett sent the single over to Morgan Wallen. And Wallen asked, “is this for me or is this for you?” While it may have been hard to do, Thomas Rhett responds, “this is for you if you want to do it.”

Wallen wasn’t the only one to fall in love with the song. Thomas Rhett admits that it “was a hard one to give up.” However, this doesn’t stop Thomas Rhett from coving the song on his Instagram. Watch the cover below.

While Thomas Rhett may have had a hard time giving “Whiskey’d My Way” up, Morgan Wallen shares details about some of the duo’s songwriting sessions. Notably, Wallen isn’t a fan of Zoom writing. However, he did write one song with a “couple of buddies.” One of them is Thomas Rhett. And while Wallen doesn’t like Zoom writing, that session was a “successful Zoom write.” Additionally, Wallen thinks “it’s gonna end up being on [Thomas Rhett’s] album.”

Who do you think sung “Whiskey’d My Way” better? Let us know in the comment section below. Come back to Country Music Alley for more news about your favorite Country stars.

Blake Shelton Headlines 2 Major Events, See What
Jimmie Allen Puts The APB Out On ‘On My Way’ With Jennifer Lopez
Carrie Underwood Hearkens Back To Signature Style On New Tune
Keith Urban Relies On Marital Devotion For Sobriety?
Kelly Clarkson Listens To Fans & Delivers — Here’s How