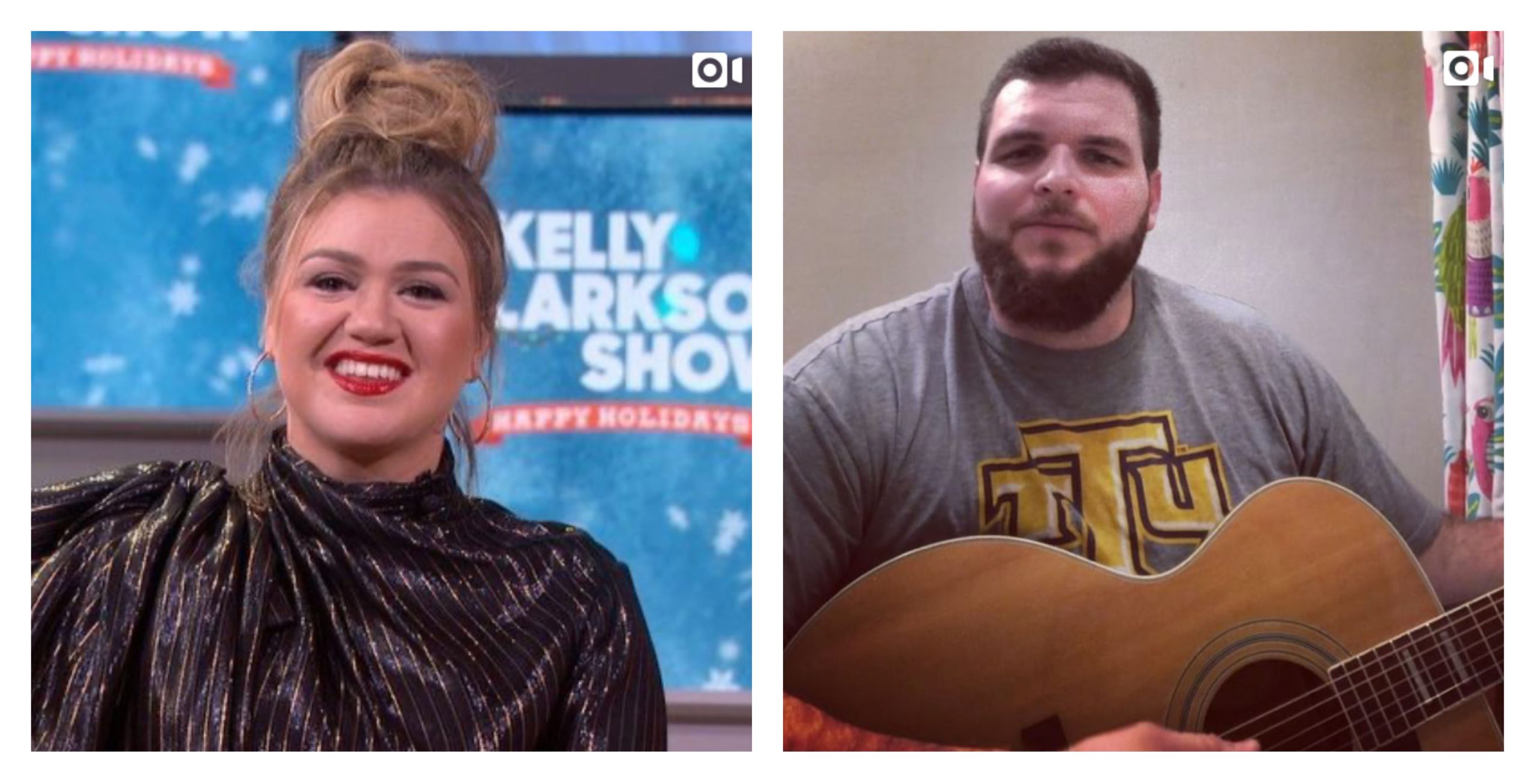 This time, Kelly Clarkson teamed up with The Voice Season 17 winner Jake Hoot. Earlier this month, he released his latest single “I Would’ve Loved You.” This song will leave you stunned check it out below.

On Wednesday, January 27th, Jake Hoot dropped his new song. He co-wrote the emotional song alongside Lonestar keyboardist Dean Sams and Jamie Floyd. This beautiful song showcased both of their powerhouse voices. Each artist takes a turn on the song before joining together for the refrain. Then, you’ll finally hear some incredible harmonies from Kelly Clarkson herself. This newest duet will shock any country music fan.

The subject material perfectly matches their raw and emotional vocals. According to Taste of Country, Hoot talked about the heavy subject matter. It explained that it’s about “the choices we make and the consequences that follow. It is a story about someone who has so much to give, but due to the other person’s decisions, that turns into a hate that lasts forever.”

So, he decided to team up with the American Idol Season 1 winner for this song. Clarkson was his coach during the 2019 season of The Voice. On Season 17, Hoot joined Damali Gutierrez, Hello Sunday, Max Boyle, and Shane Q as part of “Team Kelly.” He ended up winning the NBC singing competition.

When it came to collaborating on a duet, Hoot decided to give Clarkson a call. The two have collaborated on The Voice before.

“When we wrote it, I said, ‘I think this would be awesome if we got Kelly to sing this,” Hoot said in an interview with Everything Nash. “When I was on The Voice, she said, ‘Hey, let’s do something together.’ So I sent it to her and didn’t hear anything. And then later on in the year, when we were seriously considering putting this on the album, I said, ‘You know what? I’m just going to text her again.’ … She called me back immediately, and she said, ‘I want to shout this from the rooftops. Yes, I’m in.'”

The song is featured on Hoot’s new EP, Love Out of Time. The latest release also includes his cover of Ritchie Valens’ “La Bamba,” which available for streaming and purchase. Hoot says he owes Clarkson for his career. He is “beyond thankful” to her for “believing in me” as well as “recording this song with me!”

However, it’s not a happy song. It’s more of a dark and moody tune. But it matches Hoot’s theatrics and vulnerability. The song immediately went to No. 3 on the iTunes All Genre Album Chart the moment it dropped.

What are your thoughts on Clarkson and Hoot’s duet? Sound off below in the comments.