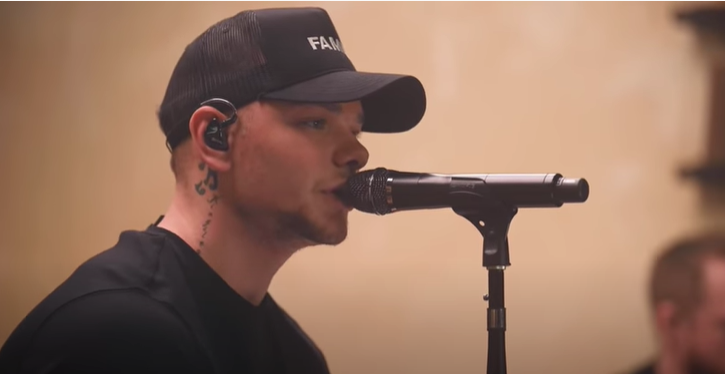 Fans were excited by the possibility of new music from Kane Brown after he began posting teaser clips of new songs on his Instagram early in January. But many of those fans were left wondering if Kane was going to release another EP or if there was a full album in the works. Kane dropped a seven-song EP in the summer of 2020 titled Mixtape Vol. 1, so there must be a Vol. 2 right?

Mixtape Vol. 1 was a huge success with single ‘Cool Again’ reaching number 3 on Country Airplay and already certified Gold by RIAA. But Kane surprised fans with the latest update on his newest project. “[I’ve] got a good group of songs together… I know a lot of people are wondering if there’s just going to be songs added to the first EP or if we’re going to have a second EP.”

Kane revealed that he will be releasing an album, and it will have one song from Mixtape Vol. 1 on it. “I will tell you that… ‘Worship You’ will probably be the only song that comes over for the rest of the album. You’ll have 14 to 11 new songs to come out.”

But one thing that fans may not like is that all the music that Kane has been teasing them will not appear on the album. “I’ve put songs up on the Instagram that are not gonna make the album,” Brown explained. “I was just excited for them at the time. It’s cool letting my fans kind of guess which ones are gonna be on there and which ones aren’t.”

So, fans should not get too attached to clips that Brown has teased, because they may not appear on his next album. Though it may be too late to hope for that. Fans are already begging that one song, in particular, make the cut. Fans are really counting on “Nothin’ About Loving You I’d Change” making the final cut.

When Covid hit, fans and artists were crushed that there would be no live concerts for the rest of the year. Kane Brown had to stop his Worldwide Beautiful Tour and postpone multiple tour dates.

Thankfully for fans, Brown has released the rescheduled tour dates for the postponed shows. The Worldwide Beautiful Tour is set to resume in the fall of 2021 with all previously purchased tickets being honored on the newly scheduled dates. Listed below.

Are you excited for new Kane Brown music? Drop a comment below.

Kelly Clarkson Listens To Fans & Delivers — Here’s How
Maren Morris’ Tour Bus Is Far From Humble
Miranda Lambert Voted One Of Most Influential People 2022
Jimmie Allen Puts The APB Out On ‘On My Way’ With Jennifer Lopez
Blake Shelton Headlines 2 Major Events, See What