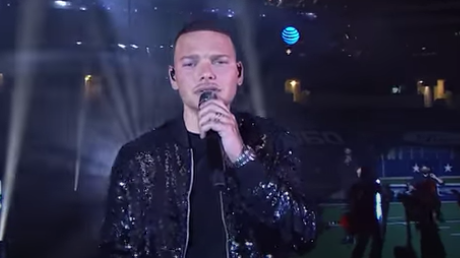 Kane Brown announced the establishment of his personal record label in partnership with Sony Music Nashville. This joint venture will have Kane expand the singer’s role in the music industry to one of not just a performer but a “big decision” maker. Brown will be responsible for finding, signing, and mentoring new artists and groups that he believes will make a difference in music. As the head of the label, Kane will now be a tastemaker in Nashville.

The A&R director for Sony Music Nashville, Margaret Tomlin commented on adding Kane’s label and 1021’s first signing, saying. “It has been rewarding to collaborate on this project with Kane and watch him mentor and advise as a label partner in ways only a superstar artist can.”

The news of Kane starting his own label came alongside the news of his first signing. The lucky group that won the lottery of having Kane as their new boss and mentor is Restless Road. This Nashville-based trio may be familiar to some people who watch reality competition shows. The trio is comprised of Zach Beeken, Colton Pack and Garrett Nichols, two of whom were competitors on Season 3 of The X Factor.

Beeken and Pack were eliminated early in the competition. But Simon Cowell and his ear for musical genius teamed the two up with Andrew Scholz. They formed Restless Road and ultimately went on to finish fourth in the competition. Since the 2013 competition, Garrett Nichols replaced Scholz as lead vocalist. Ironically Kane Brown also auditioned for Season 3 of The X Factor but did not place.

“[The company] is excited to welcome Restless Road to [our] roster. Colton, Zach and Garrett each bring undeniable talent, dedication and innovation to this trio,” Tomlin commented.

Other artists with imprint labels

Kane is not the first country artist to collaborate with Sony Music Nashville to create their own labels. While each label is unique in its scope and formation. But they always give the artist greater control and financial stake in their music. Some of these artists include Miranda Lambert’s Vanner Records, Brad Paisley’s Sea Gayle Records and Kenny Chesney’s Blue Chair label.

While some artists use the labels to focus on their own work, others use the platform to sign artists they admire. Brown spoke of his reasons for creating his label and his main goal is to help other artists, adding, “I want to give people chances to succeed.”

Then, he said, “With 1021 Entertainment, I feel like we have a platform and team that can mentor and build up talent in country music. With my own label, I want to use it as an opportunity to shape and promote artists that may not have gotten a chance otherwise, for Restless Road and others in the future.”

Brown has been promoting Restless Road’s new song Took One Look at Her Momma across his social media platforms. And in his own words, he wants his fans to “blow it up” this year.