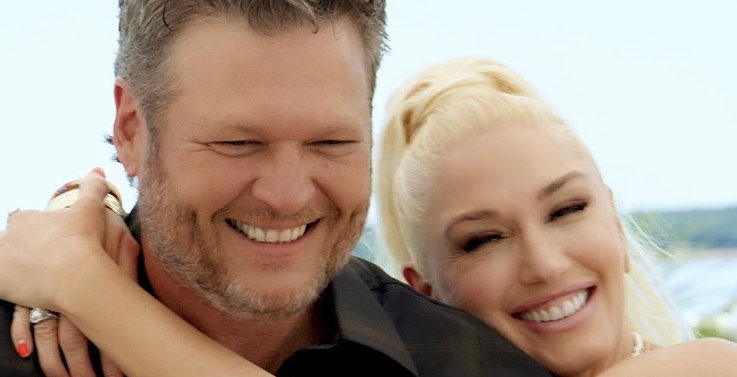 One of America’s favorite couples, Blake Shelton and Gwen Stefani, has kept fans on the edge of their seats. Especially throughout the course of their relationship. Fans get to watch their love story unfold during alternating seasons of The Voice that they’re both coaching.

Blake Shelton’s Own Engagement Surprises Him

Without a doubt, fans hear a lot about the upcoming nuptials from Blake Shelton’s bride-to-be, Gwen Stefani. However, aside from awards show speeches, Shelton’s feelings about the engagement don’t seem to be as readily available as Stefani’s. Luckily for fans, on a recent virtual interview on the Late Show With Stephen Colbert, Shelton shares insight from his point of view.

During the interview, Blake Shelton shows off his engagement photo. Taste of Country says he’s “not shy in admitting the fact that he’s floored that the rugged country singer ended up with the glamorous pop superstar.” However, if fans didn’t have a front-row seat to their relationship, it would probably be more surprising.

Did Gwen Stefani Lose a Bet?

Shelton shares, “Nobody’s more shocked about this than I am. It makes more sense. I can see that you’re looking at that picture right now and going, ‘What the hell has happened?'” However, this arguably a perfect example of the fact that opposites attract.

Even Stephen Colbert gets in on the fun. Colbert makes Shelton laugh when he shares his thoughts on the engagement. Colbert claims that he thinks the engagement is “part of a dare or that Stefani lost a bet.”

Shelton Has  A Lot of Things Going for Him

Not only is Blake Shelton engaged to a “glamorous pop superstar,” but things are going well for him in his professional life. In his interview with Colbert, Shelton shares how he views his recent Super Bowl ad with Gwen Stefani. Apparently, he thought people’s reactions to the ad would be similar to whenever he wins an award. “You win an award and you think people that are in your life, they’re going to text you,” he says. And while he’s experienced that a “little bit,” it wasn’t until the Super Bowl commercial that he “really feel like I connected with everybody. Now I know officially how many people watch the Super Bowl.” He even claims his phone “was melting that night.”

Are you shocked that Blake Shelton and Gwen Stefani are engaged? Did you catch their Super Bowl commercial? Let us know your thoughts in the comment section below. Come back to Country Music Alley for more news about your favorite Country Stars.