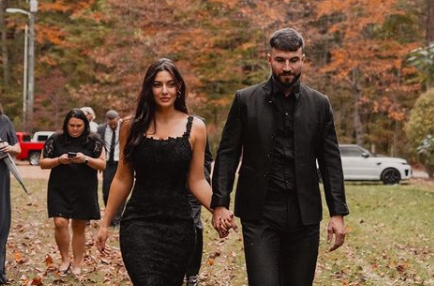 Sam Hunt married the woman of his dreams in 2017, but before Hannah Lee Fowler said yes to the country star their relationship had serious ups and downs. The couple originally met in 2008, but Sam ended their relationship when he left for Nashville to pursue his country music career. He was never able to get Hannah out of his mind and she ended up being his muse. Sam was so hung up on Hannah that he named his first album Montevallo after her home town.

He explains the name behind the album, saying, “I didn’t actually live in that town. I had never visited Montevallo, but right before I left to go to Nashville I met a girl from there. A lot of the experiences I had with her and the relationship I had with her, that inspired a lot of the songwriting on the album.”

Sam Hunt won back his love

Sam Hunt saw his career explode after Montevallo was released. There were chart-toppers, awards nominations, major tours, but he still missed Fowler. Hunt made the decision that he needed to win Hannah back and wrote “Drinkin’ Too Much” as an apology and promise.

“I’m sorry I named the album Montevallo. I’m sorry people know your name now, and strangers hit you up on social media. I know you want your privacy and you got nothing to say to me,” the lyrics carry on with, “Hannah Lee, I’m on my way to you. Nobody can love you like I do.”

But Hannah was not easy to win over. Hunt had to make multiple trips to Hawaii to visit Hannah and convince her to give him another chance. He said, “I think last summer I went out [to Hawaii] about seven times in about three months, trying to talk to her about coming back. And the seventh trip I convinced her.”

Hunt and Fowler married in a small private ceremony in April of 2017 after finally reuniting. But the speed of their trip toward matrimony, though several years in the making, felt fast to Hunt. So, he chose to step away from the spotlight and enjoy being with Hannah.

Then, he said, “I got to a point where I really didn’t feel like I could I was smelling the roses because it was happening so fast, so I stepped back and kind of digested it all and kind of processed everything that had happened.”

But in 2020, after a five-year wait, Hunt released his very-long-awaited second album Southside. And to the surprise and delight of fans, Hunt recently announced that he will be releasing more new music soon. Fans expected to wait a while for more songs from Hunt. But apparently, 2020 provided him time to create more projects and fans are eager to hear it.