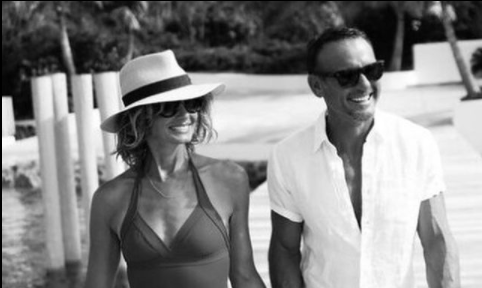 Tim McGraw and Faith Hill are selling their 20-acre private island getaway in the Bahamas. The couple originally purchased the private island in 2003. The island is named L’ile d’Agnes or Goat Cay. And after spending around nine years building the perfect escape home the couple is ready to let it go.

Tim McGraw and Faith were not ready

Architectural Digest first revealed the country couple’s island home in a 2017 cover story where they showed off the island and the 1.3 miles of oceanfront property. During the interview, Tim and Faith answered questions by harmoniously discussing the process they went through while building on the island.

When they purchased the undeveloped island Tim McGraw and Faith were unaware of everything that would be required to build their getaway. The project ended up being much bigger than they could have imagined. “We set out to build a house. We had no idea we had to build everything else.”  Faith explained, “We basically had to build a little town,”

In order to build their home on the island, the singers had to pay for everything to be imported. That included construction materials, infrastructure materials, construction crews, staff housing, water and electricity. It is not an undertaking for the faint of heart or the uninformed. Tim admits that for first-time island homeowners all the aspects of building on the island were new. “You don’t quite put all that together at first.”

But at the end of the day, the couple was able to create a dream escape for their family.

The main house is really more a compound built on the highest point at the center of the island. Bobby McAlpine designed the home and wanted to create a special place for the “creative” couple. “I thought, in paradise, you live in ways you can’t live in civilization. So, every room is a separate building.”

The island also claims beachfront yurts that the family utilized during the years that the house took to complete. And although the house is now the ultimate in island luxury, Hill recalls the family “roughing it” during the first few visits. “It was like camping. The kids loved it.”

When Tim McGraw described the finished house in 2017 his love for the property was radiant. “Every time we land the plane and walk onto the beach and head up to the house, we turn to each other and say, ‘This is the best place in the world.’”

But now the couple has decided to sell their little piece of paradise for the small asking price of $35 million. It really is a steal for the lucky buyer.