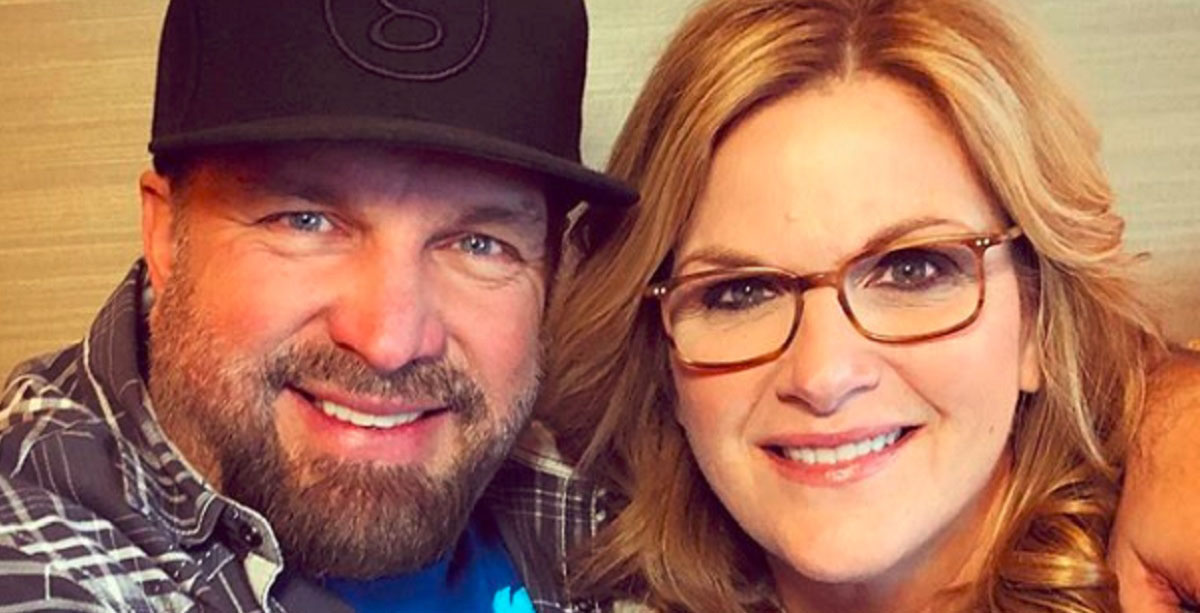 Sadly, this isn’t the first time the legendary Country couple, Garth Brooks and Trisha Yearwood have dealt with COVID-19 during the ongoing pandemic. In late 2020, the pair made the difficult decision to postpone a live, request-only concert event on Studio G. The informed decision was made because there were concerns of a coronavirus exposure among someone in their camp. Fortunately, they didn’t catch COVID at this time.

However, Garth Brooks’ youngest daughter with ex-wife, Sandy, tested positive. Luckily, Allie Broks only suffered mild symptoms. Understandably, the cause for concern comes from the fact that Allie’s husband is part of the Garth camp. As a father, Brooks takes this diagnosis in stride. “As parents like you, like me, all you do is pray your knee bones off and hopefully following the guidelines so hopefully your family doesn’t have to experience this,” shares the “Friends In Low Places Singer.”

Heartwarmingly, Garth Brooks contributes his demeanor during this time to his wife, Trisha Yearwood. “If you know Trisha Yearwood, she’s very… she’s in control. And she has been very spot on these six months, and she’s led our family through it.” It seems like Brooks is going to need Yearwood to keep it up in light of the recent news to come out of the Trisha Yearwood camp.

An Update About Their Most Recent Time in Quarantine.

A representative from Trisha Yearwood’s camp recently posts on her Facebook to give an update on their recent COVID-19 scare.  The couple was supposed to guest-host for The Ellen DeGeneres Show on Friday, February 12th. Assumably, as a safety precaution, the couple and their entire crew had to get tested. And someone in their group tests positive at this time.

Like the last time, there was an exposure from their team, Garth Brooks takes to Twitter and announces the schedule for the next two weeks. Cancellations at that time include The Ellen Degeneres Show and Trisha Yearwood’s T’s Coffee Talk streaming show.

After nearly two weeks in quarantine, a post on Trisha Yearwood’s Facebook confirms the diagnosis for the couple. Sadly, Trisha Yearwood has tested positive for COVID-19. However, Garth Brooks still is negative for the virus.  Brooks shares some more details on the diagnosis. “Officially, she’s diagnosed as ‘on her way out of the tunnel’ now, though, which I’m extremely thankful for.”

Ultimately, Garth Brooks goes on to explain why he will be out of the spotlight for a little while. “Anyone who knows me knows my world begins and ends with Miss Yearwood, so she and I will ride through this together,” he says. “And anyone who knows her knows she’s a fighter and she’s doing everything right, so I know we’ll walk out the other side of this thing together.”

However, there seem to be concerns about Trisha Yearwood’s professional future. Garth Brooks says it best. “Living with her, I sometimes take it for granted she’s one of the greatest voices in all of music, so the possible long-term effects on her concern me as her husband and as a fan.” Brooks goes on to explain the Yearwood is “currently under the greatest care in the best city for treating and healing singers.” However, if there’s something fans can do for the couple, Brooks says they’re welcoming prayers and good thoughts are sent Yearwood’s way.

Are you worried about Garth Brooks and Trisha Yearwood? Let us know in the comment section below. Come back to Country Music Alley for more news about your favorite Country stars.