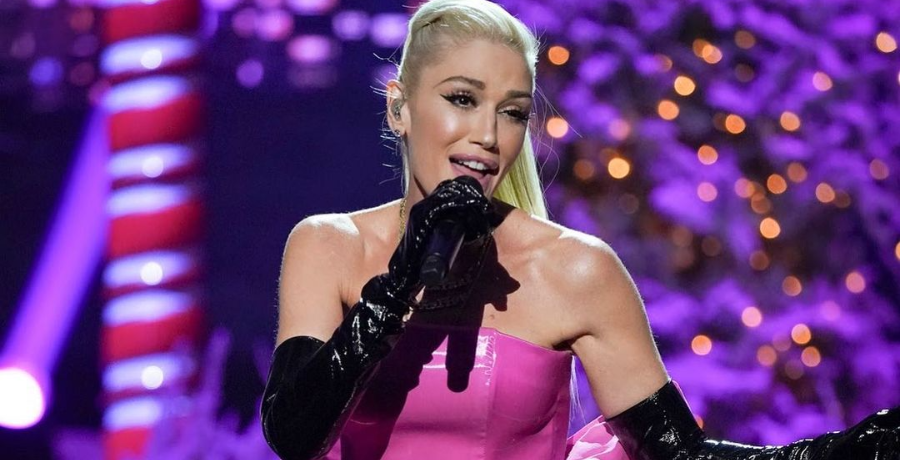 Believe it or not, but Gwen Stefani just received her first ACM Awards nomination. It’s crazy to think, since she’s collaborated with fiance Blake Shelton throughout the years. She joins John Legend and Pink. Of course, Gwen is no stranger to awards shows. She’s attended many over the years.

The No Doubt singer even attended several country music awards shows thanks to Blake. But this is the first time that the pop artist received her first nomination at the ACM Awards. Alongside Blake, Gwen is nominated in the Music Event of the Year category, the Academy of Country Music announced on Friday, February 26. The couple received their nomination for their song “Nobody But You.”

At the 2020 CMT Music Awards, Blake Shelton and Gwen Stefani won Collaborative Video of the Year. The couple previously performed “Happy Anywhere” at the 2020 ACM Awards in September. However, this is the first time that Gwen received a nomination. And she is not alone.

The Academy revealed that fourteen artists received their ACM nominations this year. The list includes R&B singer and fellow The Voice coach John Legend (“Hallelujah” with Carrie Underwood), pop singer Pink (“One Too Many” with Keith Urban), and Christian singer Chris Tomlin (“Be a Light” with Thom Rhett and others). Also, country newbies Tenille Arts and Travis Denning are first-time ACM Award nominees in the New Female Artist of the Year and New Male Artist of the Year categories, respectively.

The 2021 ACM Awards will take place live from Nashville’s Bluebird Cafe, Grand Ole Opry House, and Ryman Auditorium on Sunday, April 18. The show starts on CBS at 8 p.m. ET and will be able to live-stream and watch on-demand on Paramount+. Details about the show’s host or co-hosts or performers have yet to be announced.

Is Gwen’s wedding with Blake Shelton on hold?

Gwen Stefani and Blake Shelton put their weddings on hold after their engagement in October 2020. The “Let Me Reintroduce Myself” singer shared the real reason why their special day is currently on hold. In an interview with Wonderland Magazine, she admits that it has been “hard to plan” due to the coronavirus pandemic. Gwen prefers to have her parents at the event.

Another difficulty is the homeschooling duties placed upon the couple ever since schools went online or hybrid. The family has been staying together at Blake’s Oklahoma home with her three kids. Due to the ongoing coronavirus pandemic, large gatherings are increasingly difficult to plan.

In the meantime, Gwen is working on her new ska-influenced album. She’s been busy writing songs while in quarantine. Blake has been focused on losing weight before their wedding. Fans can’t wait to see the two get married when the timing is right.

What are your thoughts on Gwen’s first ACM Award nomination? Sound off below in the comments section.