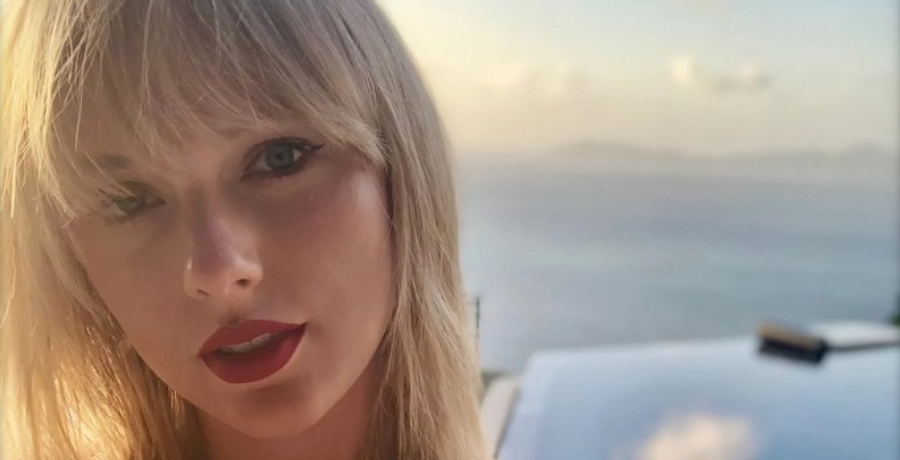 Taylor Swift kicked off Monday, March 1 with a new fight. The singer-songwriter called out the Netflix series Ginny & Georgia. She didn’t appreciate the “deeply sexist joke” that took place in a recent episode. Over the weekend, Swifties made the trending topic “RESPECT TAYLOR SWIFT” shoot to the top on Twitter in the U.S.

The singer pays attention to her fans. And she appreciates their support. So, instead of staying silent, she called the show out with a tweet of her own. The singer doesn’t appreciate it when people use her dating history as a punchline in a joke. And she has called out the misogyny in the industry before.

On Monday, March 1, Taylor Swift called out Netflix and the new series Ginny & Georgia, which is a Gilmore Girls spinoff. She didn’t appreciate the joke about her dating history. The “Willow” singer has been in a long-lasting relationship with British actor, Joe Alwyn. But people can’t get over the time when she dated many men. Swift called the joke “lazy” and “deeply sexist.”

“Hey Ginny & Georgia, 2010 called and it wants its lazy, deeply sexist joke back,” Swift tweeted. “How about we stop degrading hard working women by defining this horse s*** as FuNnY.”

Hey Ginny & Georgia, 2010 called and it wants its lazy, deeply sexist joke back. How about we stop degrading hard working women by defining this horse shit as FuNnY. Also, @netflix after Miss Americana this outfit doesn’t look cute on you 💔 Happy Women’s History Month I guess pic.twitter.com/2X0jEOXIWp

Swift released her Reputation Stadium Tour Movie and her political documentary, Miss Americana, on the streaming platform. She didn’t like that the company would approve of such a joke. She said that “this outfit doesn’t look cute on you.” The country superstar ended her message by saying, “Happy Women’s History Month I guess.”

She’s called out misogynist jokes before

In 2016, Taylor Swift participated in Vogue’s 73 questions video series. She rapidly answered each of the questions she was asked. The publication asked her one thing she wished she knew at the age of 19. Swift honestly responded that while she would date “like a normal 20-something should be allowed to,” she would soon become “a national lightning rod for slut-shaming.” Check out the video below.

While Swift made a career out of her dating history, she was tired of the jokes about how many boyfriends she’d had. She also released the single “Blank Space,” which is a play on how the public sees her. The singer even pokes fun at herself. But it’s clear that she does not like hearing these same jokes. Instead, she has grown tired of them.

Neither Netflix nor the writers of Ginny and Georgia have apologized to Taylor Swift. In the final episode of the series, which dropped on Wednesday, February 24, the young mom Georgia (Brianne Howey) asks her daughter Ginny (Antonia Gentry) if she’s dating someone, according to Us Weekly.

“What do you care? You go through men faster than Taylor Swift,” the daughter quips.

The series has been called out on social media for its raging misogyny and racism. Swift has been keeping her relationship with Alwyn private since they started dating in 2017. Prior to then, she was linked to Tom Hiddleston, Calvin Harris, Harry Styles, and John Mayer. In November 2020, she revealed that her Folklore track “Peace” is about her relationship with The Favourite actor.

What did you think of Taylor’s response? Do you think it was warranted? Sound off below in the comments.