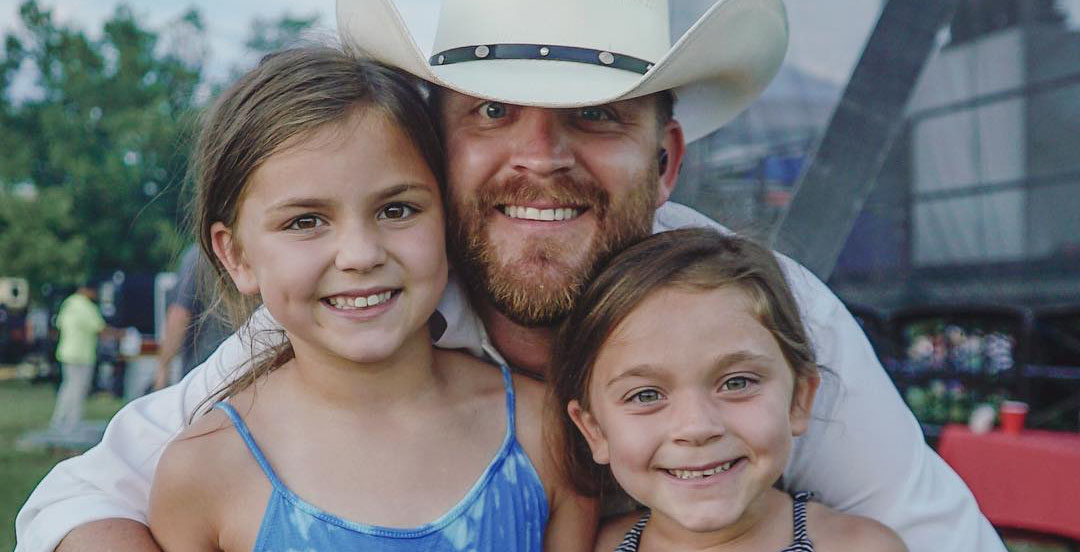 While Justin Moore fans recognize him for his country hits like “Backwoods,” “Lettin’ the Night Roll,” and “Point at You,” many people may not be privy to this side of him. Read on to find out why Justin More is a helicopter parent.

How did Justin Moore meet his bride?

Notably, The Boot calls Justin Moore and his wife Kate Moore one of “Country’s Greatest Love Stories”.  Justin and Kate met on a high school senior trip to Panama City Beach, Florida. Unlike stereotypical teenagers, Justin recounts the night he fell in love with his bride. “We were the ones who weren’t acting all crazy and the fool.” He goes on to reminisce, “It’s kind of cheesy, but we just sat around and talked and hung out. we’ve been together ever since.”

The pair wed on September 29, 2007. Coincidentally, the outlet reports the same day he weds, Justin Moore signs a record label. Moore’s recollection of this day seems remarkably clear. He says, “I mean, getting married, signing my record deal the same day. It’s funny, the day you get married, you don’t even remember anything.” However, that’s not the case for him. “So then I get there and sign my record deal, and three months after that, we’re on tour with Lynyrd Skynyrd and Hank Williams Jr.”

A whirlwind of events seems to be how the Moores roll. Now the couple has three daughters, Ella Kole, Kennedy Fay, and Rebecca Klein. Also, the baby is a son named Thomas South. Recently, little South gave his parents a scare.

Unfortunately, this isn’t the first time that Justin Moore’s son, South, has ended up in a cast. According to Taste of Country, South, 4 years-old, broke his leg…again. All of this goes down while Kate is out of town. He explains that he has a routine for his children, and it includes outside time. The four were playing on the trampoline and Moore went in to grab a glass of water. And that’s when the pandemonium happened.

Justin Moore recounts the event. “My 11-year-old was nowhere to be found. My 9-year-old, who’s a little more devious in nature, had double-jumped him, if you know what I mean by that.” Luckily Taste of Country advises that Kate “calmed her husband down from a distance.” At one point, it seems like Moore’s father tries to give him grief over the incident. Moore says, “Look, I know how many broken bones and stitches I had,” recounting his childhood to his father. And in a twist of events, Moore also says, “and my son broke his other leg last year with my dad at church in two places.”

Ultimately, when it comes to parenting styles, Justin Moore admits that his wife is more laid back than him. He also seems aware that he’s “much more of a helicopter parent.” Are you surprised to learn this about Justin Moore? Let us know in the comment section. Come back to Country Music Alley for more news about your favorite Country stars.