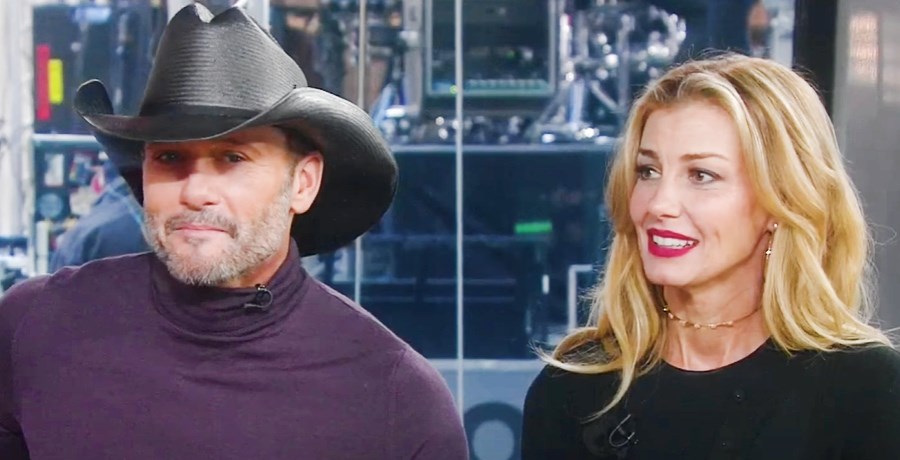 Tim McGraw and Faith Hill look forward to celebrating a full quarter-century of marriage in October.  The timeless odes sung by the two artists with tremendous talent endure forever in country music. However, long before they sang “The Rest of Our Life,” “I Need You,” or even their unparalleled declaration of devotion, “It’s Your Love,” Tim McGraw and Faith Hill made some paramount decisions when it comes to parenting.

Tim McGraw is getting a lot of attention lately for his honor in being a godfather. This honor is for his friend and co-star, Garrett Hedlund’s son, Rhodes, with his actress wife, Emma Roberts.  The baby boy arrived late last year, and, by all accounts, the family is settling in just fine. Country Music Alley notes such earlier this week, with Papa Garrett really stepping up after becoming a parent during the pandemic.

It never hurts to have seasoned pros like Tim McGraw and Faith Hill always ready to answer the phone.  Even so, as McGraw details to Hedlund in a Yahoo per MSN feature, there’s nothing that replaces being together as a family and remaining a “present parent” in as many ways as possible.  Being Country music megastars never manages to top anything going on with their three daughters, Gracie, 22, Maggie, 21, and Audrey, 19.  Now each young lady is pursuing their dreams and career paths as beautiful young women.   Dad’s home-cooking and holiday fun, like a Game of Thrones costume dinner, calls everyone home for Christmas.

Both Tim McGraw and Faith Hill were on surging career trajectories when they came together on the Spontaneous Combustion Tour.  Their spark lit a lasting flame and transformed their lives in an instant, but children came quickly to mind.

“When we first got married, we had a long talk about both of us doing this for a living,” Tim McGraw relates.  “We decided that we were going to put our family and our kids first,” the “You Had to Be There” singer insists.

Professionalism and parenting lessons combined as mom and dad strived “to teach them about being professional and being on point” in an effort to support the people most important in their lives, with “being present with everybody you need to be present with while being present with them (the girls).”  The day-to-day examples from Tim McGraw and Faith Hill with their daughters imparted “a great work ethic and being human at the same time,” McGraw asserts.   He thinks he and Faith provide a strong example for being parents and still maintaining thriving careers.

“We tried our best to never to be away from them,” the devoted dad stresses.  The family traveled together on tours and “they were with us most of the time,” he assures.  The “Humble and Kind” husband and father admits that he and his bride feel fortunate to be able to “dictate when we would work,” but that luxury doesn’t take away the decision to be a “present parent” who is involved in children’s lives.

“Their friends called us Mr. and Mrs. McGraw,” Tim McGraw says of his daughters’ buddies.  Tim and Faith made the effort for them “to not just be a part of our lives, but for us to be part of their lives. The devoted dad leaves the famous black hat at home.

“We were at PTA meetings,” the “How Bad Do You Want It” hitmaker recalls, along with the football games and basketball games that filled the schedule.  Tim coached softball and basketball.  Tim McGraw is well-equipped to give a TED talk on parent involvement, but not so skilled in advice for parenting a son.  Being the godfather to Rhodes will allow the Louisiana native to pass down all the skills he’s mastered as a “guy’s guy.”  Being absorbed in a woman’s world sometimes makes Tim McGraw “think myself more macho than I am,” but he gives all the credit to the women in his life for how they “made me such a better man.”

Women always have a different perspective on life, and Tim McGraw is thankful for how Faith and his daughters “made me see things in a different way.” The greatest gift from the feminine strength of the family is its power to “make me a better man” in McGraw’s eyes, and it even transfers to his art. McGraw’s choices are “more emotional” now, whether in film or music.

Garrett Hedlund isn’t alone in getting counsel from Tim McGraw

Millions of fans treasure how Tim McGraw and Faith Hill have triumphed over the struggles in life and marriage without losing their humor or commitment.  Garrett Hedlund naturally felt the father-son connection when he and McGraw took parent and son roles in 2004’s smash, Friday Night Lights, before co-starring together again in 2010’s Country Strong.  Hedlund was the up and comer in that saga, while Tim McGraw was the husband of Gwyneth Paltrow’s substance-dependent star character, caught in a downward spiral.

It’s no wonder why Hedlund had no trouble accepting the gesture when Tim McGraw proclaimed “I’m the godfather” over the phone, as ABC News confirmed.  It seems people everywhere seek parenting tips from Tim and Faith.

About three years ago, Tim McGraw and Faith Hill dropped in on old Nashville friends, Ty, Kelly, & Chuck, when Ty turned the conversation into a parenting session on redirecting a four-year-old to the appropriate language.  Tim and Faith are patient listeners, and the two described how they had been through those phases of childhood themselves.  Tim suggested that “frickin’” makes a good alternative word for a less desirable expletive.  The father then elaborated how he would rather hear the “choice words,” instead of “stupid” or “shut up” any time.  Faith agrees that those “S” words stay off-limits in the house.  Etiquette in grace and respect comes in many little ways that no child forgets.

It’s clear from a look at the video for the recent favorite, “Gravy” that the memories of childhood and times together still radiate love for the whole McGraw-Hill clan.   No matter what the future holds, Gracie, Maggie, and Audrey have the blessing of “good raising” and loving parents as a living legacy.

Blake Shelton Headlines 2 Major Events, See What
Jimmie Allen Puts The APB Out On ‘On My Way’ With Jennifer Lopez
Keith Urban Relies On Marital Devotion For Sobriety?
Miranda Lambert Voted One Of Most Influential People 2022
Carrie Underwood Hearkens Back To Signature Style On New Tune