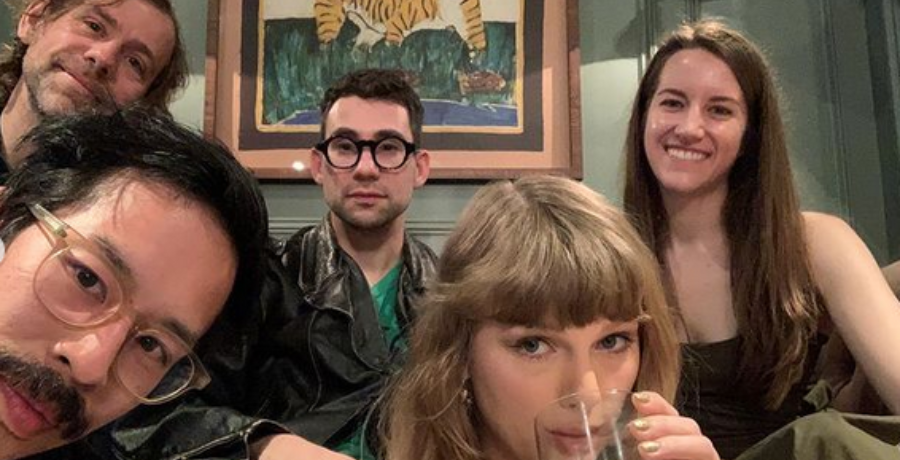 Taylor Swift fans are freaking out once again. The singer left a new Easter egg in her recent Instagram post. On Sunday night, March 14, the “Willow” singer stepped out to the 2021 Grammy Awards in Los Angeles. Taylor didn’t go stag and instead arrived with her Folklore family.

While she didn’t sweep the ceremony, she did win Album of the Year for Folklore. During her acceptance speech, she thanked her boyfriend Joe Alwyn for writing songs with her in quarantine. Recently, Taylor announced that she finished re-recording her 2008 album, Fearless. Fans noticed a clue she left on Instagram.

One eagle-eyed Swiftie noticed something on her Instagram post. They shared a TikTok video that revealed that Taylor Swift has something planned for August 5th. The fan said: “She’s literally insane. The caption is 13 words. 8 words before the comma, 5 words after. Something’s coming August 5th.”

On Monday, March 15, Taylor shared a group with her Folklore collaborators. She wrote in the caption: “The fans are the reason we’re floating tonight, and we’ll never forget it.” Over 3.5 million fans liked the post. Meanwhile, some of them are buzzing about Taylor’s caption. They’re convinced that she’s dropping a new album by then.

Rumors are swirling about the timing of Taylor’s re-recordings. Some think that Fearless will drop in April, while she’ll release 1989 in the summer, Red during the fall, and Reputation sometime in the winter. So, that could mean that she’s releasing the re-recorded version of 1989 on August 5th. However, that’s just speculation at the moment.

The “Cardigan” singer is known for leaving clues. She loves to leave Easter eggs in her Instagram posts and music videos. Taylor built a career dropping clues in the liner notes of her albums. Her fans always think she’s sharing secret messages with them as a result.

When is Fearless (Taylor’s Version) coming out?

Taylor Swift left a major clue in a previous post. Last month, she dropped the re-recorded version of “Love Story (Taylor’s Version).” At the time, she announced to her fans that she’s finished re-recording Fearless. After two years of fighting over her back catalog, she’s finally taking the matter into her own hands.

In an Instagram post, the singer-songwriter told fans that she is releasing an updated version of Fearless. The new album cover shows her wearing Romeo’s shirt. In her post, Taylor dropped a coded message that looked like a bunch of typos at first. The coded message reveals the album’s release date of April 9.

The message focuses on the capitalized letters throughout the statement. Also, the release date, 4/9, adds up to 13, which is Taylor’s lucky number. This comes after talent manager Scooter Braun’s acquisition of Big Machine Records and her old music. Now, she’s able to rerecord her past music and release never-before-heard songs as well.

What are your thoughts? Do you think Taylor is releasing something on August 5th? Sound off below in the comments.