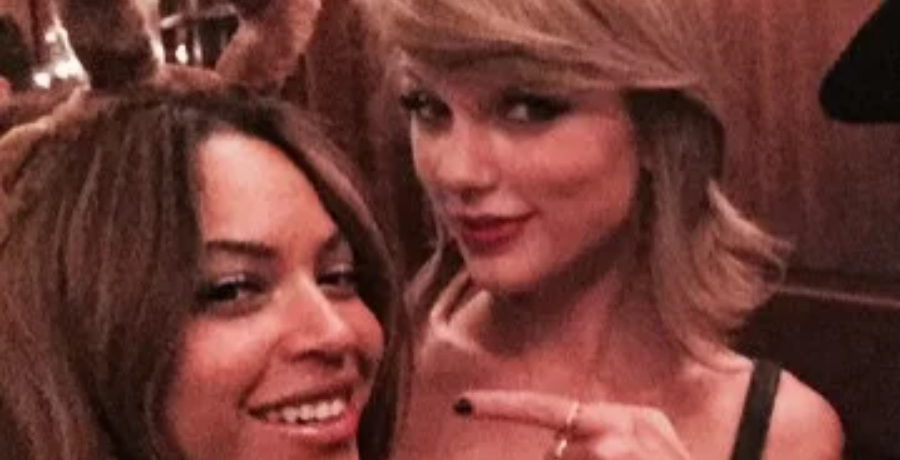 Taylor Swift received a sweet surprise. She woke up on Friday morning with a gift and a letter from Beyonce. Both ladies made history at the Grammys last Sunday. They have also become queens in their own right. According to Taylor, Queen Bey is also the “queen of grace & greatness.”

She thanked the singer for the floral arrangement and note she received. The Grammys became a big night for women. Many female artists took home awards. Beyonce became the most Grammy-award-winning artist of all time, while Taylor became the first woman to win album of the year three times. However, some fans feel that Beyonce should’ve won more awards than she has over the years.

Taylor Swift thanks Beyonce for her generosity

On Friday, March 19, Taylor Swift took to her Instagram Stories to share the beautiful bouquet of flowers she received. The flowers looked similar to the dress that Taylor wore at the Grammys. “Woke up to flowers from the queen of grace & sweetness @beyonce and suddenly it’s the best Friday EVER,” the “Willow” singer wrote. The photo also included an appearance from her cat, Olivia.

Taylor concluded her post by writing, “Thank you B and congratulations on your epic achievement Sunday night!!”

Beyonce wrote in her letter, “Congratulations on your Grammy. It was great seeing you on Sunday night. Thank you for always being so supportive. Sending love to you and your family, B.”

Beyonce received the most nominations at this year’s Grammys, including record and song of the year for her Juneteenth single “Black Parade.” On Sunday night’s broadcast, she received awards for best rap song, music video and R&B performance, and rap/sung performance. The “Black is King” singer became the most-awarded female artist at the ceremony. Beyonce even beat out bluegrass singer Alison Krauss’s previous record of 27.

“As an artist, I believe it’s my job and all of our jobs to reflect the times, and it’s been such a difficult time,” Beyonce said during her acceptance speech for her R&B performance. “So I wanted to uplift, encourage and celebrate all of the beautiful Black queens and kings that continue to inspire me and inspire the whole world.”

Taylor Swift won her third album of the year Grammy for her surprise quarantine album, Folklore. She previously won the same award for 1989 in 2016 and Fearless in 2010. The singer-songwriter now joins the rank of Frank Sinatra, Paul Simon, and Stevie Wonder. Taylor was also nominated for pop duo/group performance, pop solo performance, pop vocal album, song written for visual media, and song of the year.

“[M]ostly we just want to thank the fans,” Taylor said while accepting her album of the year award. “You guys met us in the imaginary world that we created, and we can’t tell you how honored we are forever by this. Thank you so much. And thank you to the Recording Academy. We will never forget that you did this for us.”

Taylor and Beyonce have shown support for each other before. At the 2009 MTV Video Music Awards, the Lemonade singer invited Taylor to speak after Kanye West interrupted her speech. The two have been spotted at various award ceremonies throughout the year. Beyonce even attended Taylor’s 25th birthday party with her husband, Jay-Z.