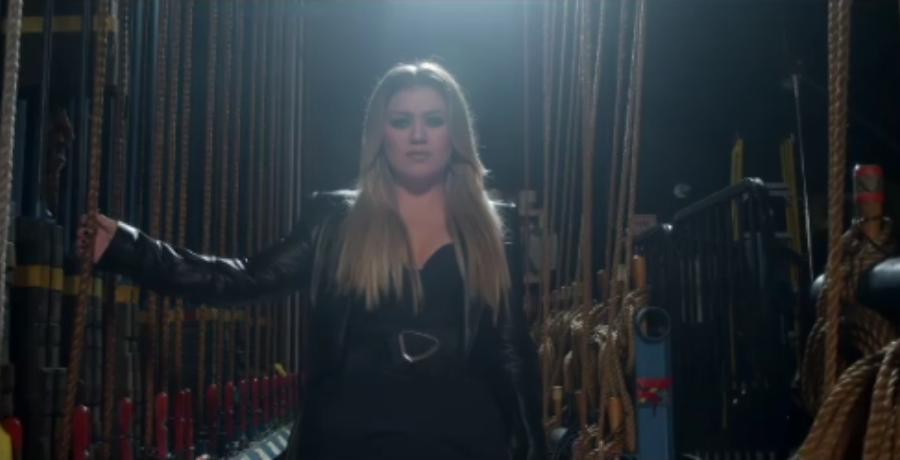 Kelly Clarkson performed at throwback. On the Tuesday, March 22 broadcast of The Kelly Clarkson Show, she opened the show with another amazing “Kellyoke” cover. She covered the ’90s hit song “Weak” by R&B trio SWV. You can say that this cover made her fans weak.

For this performance, Kelly was decked out in a leopard print dress with exaggerated shoulders. “Weak” dropped in 1993 and went to the top of the Billboard Hot 100 for two weeks. It’s an iconic R&B song to this day. For her cover, Kelly stayed true to the soulful classic, which is perfect for her voice.

She stayed true to the original track. Kelly Clarkson sang with her backing band Y’all for this fiery cover. As usual, fans loved the performance. Most of them flocked to the YouTube video to share their thoughts in the comments section. Here are just some of the glowing praises:

One fan noticed that Kelly was “smiling and bopping” along to the song. She looked alive as she kept up with the beat. Another fan wondered why more people aren’t “talking about her like the legendary vocalist she is?” But Kelly has consistently been making headlines for her epic covers in the past few weeks alone. On Monday, she just covered a song by fellow powerhouse performer Adele.

Check out this performance of “Whole Lotta Woman”

Kelly Clarkson helped raise funds for those impacted by the Texas winter storms on Sunday, March 21. Over the weekend, she performed at the “We’re Texas” fundraiser, which Matthew McConaughey and Camila Alves McConaughey organized. During that performance, she wore a black dress that featured white stars. She sang the lyrics to her female empowerment anthem “Whole Lotta Woman.”

Of course, Kelly’s backup band and singers were in tow. She gave an impressive performance. “Whole Lotta Woman” is a track from her 2017 album, Meaning of Life. Kelly co-wrote the song alongside Brittany Coney, Denisia Andrews, Evon Barnes Jr., Jesse Shatkin, and Jussi Karvinen.

What are your thoughts on her latest “Kellyoke” performance? Which cover is your favorite? Sound off below in the comments.

Keith Urban Relies On Marital Devotion For Sobriety?
Maren Morris’ Tour Bus Is Far From Humble
Carrie Underwood Hearkens Back To Signature Style On New Tune
Blake Shelton Headlines 2 Major Events, See What
Jimmie Allen Puts The APB Out On ‘On My Way’ With Jennifer Lopez