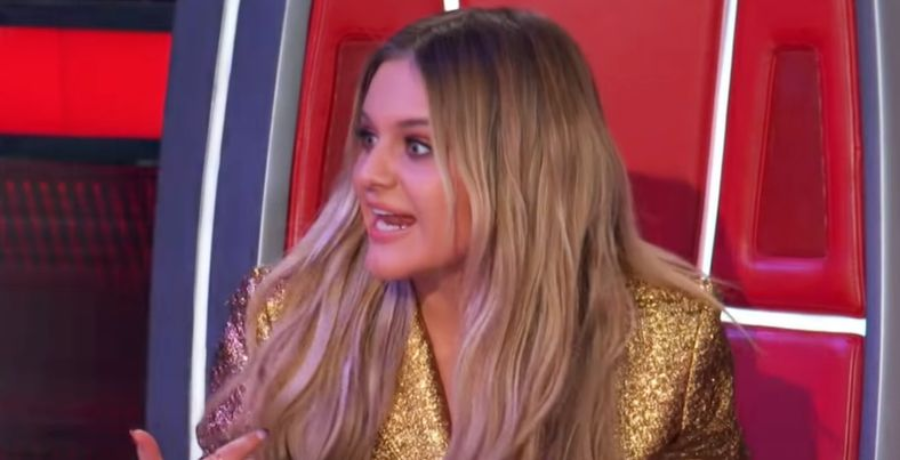 Kelsea Ballerini will be filling in for Kelly Clarkson on The Voice. On Monday night, fans noticed that the American Idol alum was missing among the coaches. But they were happy to learn that another country singer is taking her place. Clarkson was noticeably absent from her seat in the judges’ panel due to illness.

So, she asked her friend to help her out. Before the announcement that Ballerini is joining the panel, Clarkson and her fellow The Voice coaches teased that someone else would be filling in while she was sick. Of course, fans are missing Clarkson and are wanting to know that she’s okay.

In a clip that Kelly Clarkson shared via Instagram, she teased that another woman would be filling in for her. That mystery woman turned out to be Kelsea Ballerini. This is a special treat for those who are a big fan of the country singer. Ballerini and Clarkson are good friends, and she’s happy to help her out.

“Hello, thank you so much for doing this for me,” Clarkson is heard on the speakerphone to the person on the other end who turns out to be Ballerini.

The video then cuts over to fellow coaches Blake Shelton, John Legend, and Nick Jonas. All three men were wondering why Clarkson wasn’t there.

“Where’s Kelly though?” Legend asked the other two guys.

“She’s probably on her talk show,” Jonas jokingly said. “I think we just do it without her.”

Then The Voice host Carson Daly introduced the coaches. Then, Legend asked, “Where’s Kelly?” Daly revealed that Clarkson won’t be on this week’s battles because she’s been feeling under the weather.

“Unfortunately, our own Kelly Clarkson wasn’t feeling well this week,” Carson Daly explained. “Kelly’s staying at home and she’s watching the battles remotely. We were very lucky… lucky enough to get her good friend and our good friend….”

Kelly Clarkson’s longtime friend is excited to join ‘The Voice’

Following the announcement on Monday night, Kelsea Ballerini took to Twitter to express her excitement about filling for her longtime friend and former tour mate.

“When @kellyclarkson calls and asks you to keep her seat warm, you put all those years of being her superfan to work,” she tweeted.

when @kellyclarkson calls and asks you to keep her seat warm, you put all those years of being her super fan to work. thank you @johnlegend @nickjonas and ole pops @blakeshelton 😂 for making me feel like part of the @NBCTheVoice family. pic.twitter.com/Gst97bdhDU

Also, the “Hole In The Bottle” singer thanked Jonas, Legend, and Shelton for “making me feel like part of the @NBCTheVoice family.” Fans took to Ballerini’s tweet to share their thoughts. Most of them are happy to see Ballerini fill Clarkson’s spot. But there are some who can’t wait to see Clarkson back again.

What are your thoughts on Kelsea filling in for Kelly? Sound off below in the comments.

The Voice airs Mondays and Tuesdays on NBC. Check your local listings for details.