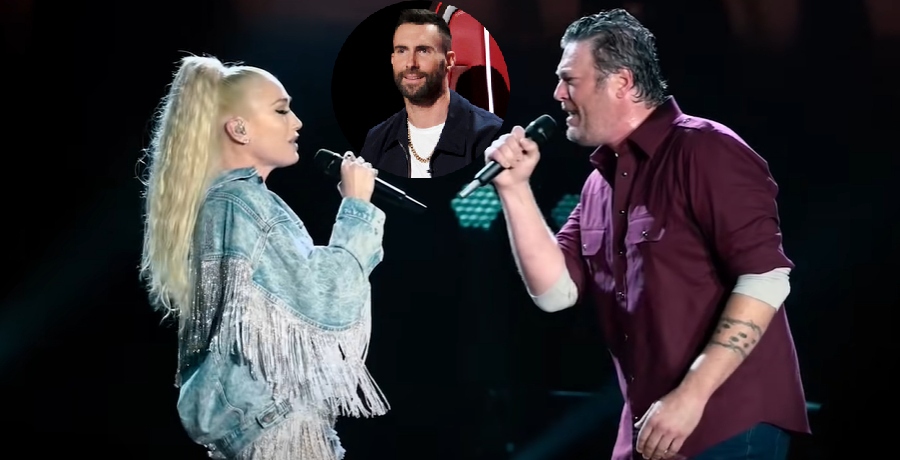 There are few things as entertaining as the dynamic between The Voice coaches, Adam Levine and Blake Shelton. Besides watching the love between Shelton and Gwen Stefani blossom, the love-hate relationship between Levine and Shelton is one of the highlights of the singing competition. For years, fans watch as they wait for Shelton to ask Stefani to marry him. Now that the couple is engaged, fans are eager to get as much information about the upcoming ceremony as they can. Several headlines have come out about who will be the wedding performer. However, there doesn’t seem to be any confirmation from the happy couple yet. Keep reading to find out who isn’t performing at the Shelton-Stefani wedding.

According to Taste of Country, in the past, Blake Shelton expresses that he would like for his friend, Adam Levine to perform at his wedding. However, a recent interview with Levine, discloses “that isn’t going to happen.”  “They can’t afford me,” says Levine, according to the Huffington Post. However, Blake Shelton has something else to say about Adam Levine (and Maroon 5) performing at his wedding.

While speaking with Late Night With Meyers, Blake Shelton shows that he’s stubborn. According to him since he’s “been doing this a long time,” he got “a lot of favors out there.” Consequently, it appears that he seems to cash in whatever favors he may have in the bank with his longtime “frenemy” and Maroon 5 frontman. “He may not like it, but Adam Levine’s gonna have to get the band together and come and play at our wedding.”

Will he, or won’t he perform at the Shelton-Stefani wedding?

True to the banter between Blake Shelton and Adam Levine, Levine didn’t come across Shelton’s December 2020 interview until recently. He describes his revelation in an interview with Morning Mashup. From the sounds of it, Levine is casually watching television in bed while eating popcorn when he hears Shelton proclaim what’s going to happen at his wedding. Ultimately, Levine has some not-so-savory words about it. “Man, [explicative] you, I’m not gonna play at your wedding,” Levine recounts saying at the time.

Talk about an emotional rollercoaster, because Adam Levine goes on to clear the air about performing at Blake Shelton and Gwen Stefani’s wedding. He divulges that they haven’t officially asked him to perform at their nuptials. Levine also says he’d “be honored’ if they did. In true Adam Levine fashion, he goes on to say that they won’t ask him. “They’ll probably get like Luke Bryan or somebody,” predicts Levine.

Do you think Adam Levine will perform for Blake Shelton and Gwen Stefani at their wedding? Let us know in the comment section below. Come back to Country Music Alley for more news about your favorite Country stars.