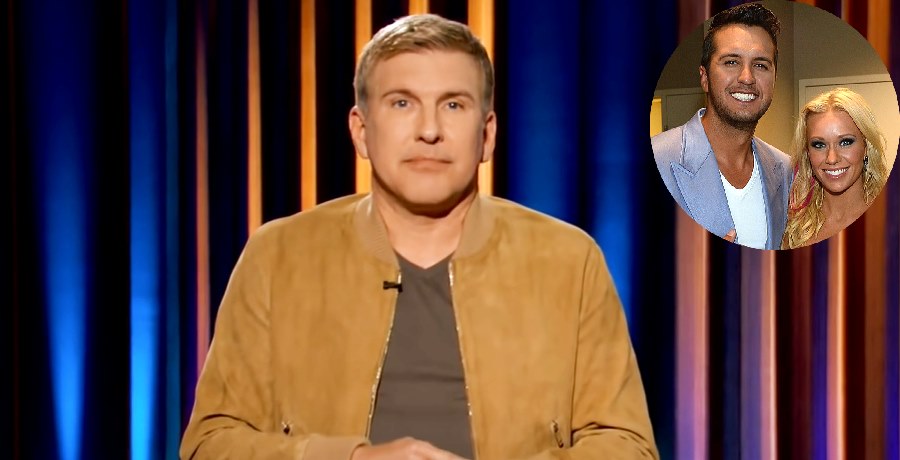 Chrisley Knows Best fans are in for a treat when they listen to the Chrisley family podcast, Chrisley Confessions. On Wednesdays, Todd and Julie Chrisley take to their podcast to spend time with their fans. Typically, they spend the first part of the episode updating everyone about what is going on in their lives in Nashville, Tennessee. Later in the episode, they take messages from fans on the podcast’s voicemail.

Todd Chrisley names new show and talks about working with “a major country artist”- Could it be Luke Bryan?

For the past couple of episodes of Chrisley Confessions, Todd Chrisley hints that there are new Chrisley shows in the works. At the beginning of the most recent episode, he confirms two new shows. However, he doesn’t give any further details on what he’s got in the works. Ultimately, he just repeats that he is very busy. Julie agrees that her husband is very busy.

Much to the listeners’ surprise, Todd Chrisley begins giving details on one of the unnamed shows is currently working on. He shares that he “filmed the first episode of a new film yesterday (March 30).” He goes on, “Which is a prank show, folks.” Julie chimes in, “super exciting” as Todd continues, “with a major Country music artist here in Nashville.”

Next, he gives a major hint at who the “major Country artist” could be. Todd Chrisley shares that his co-host is Caroline Bryan, Luke Bryan’s wife. Todd goes on to share that their first prank turned out “so well” and “they’re really happy about that.” He “can’t wait for you guys to see it.”

As Luke Bryan fans know, he and his wife are notorious for their pranks. They are so good at their pranks that they hold an annual event at Christmas time called “Prankmas.” No one is safe from a Luke Bryan prank. He pranks his wife regularly. He’s even pranked the dog.

What is the premise of Todd’s new show?

Following the major bombshell news of hosting a prank show with Caroline Bryan, Todd Chrisley gives details about the premise of the show. He shares that they prank a celebrity. However, it isn’t just any celebrity, it is someone in the contacts list of their phones. “And then, when we prank that person, that person then becomes our accomplice to prank someone in their phone,” explains Todd. Consequently, that allows for them to always have a different celebrity on the show. Julie chimes in to let listeners know that it’s “not just gonna be somebody in Nashville. It’s not just gonna be somebody in Country music. It may be, you know, someone in movies, someone in sports.”

Shockingly, Todd goes on to share that the other unnamed show is a dating show. Julie says, “that one’s gonna be fun.” What do you think about these new Chrisley shows? Hopefully, since this podcast came out on March 31st, this prank show isn’t an April Fool’s prank. Let us know your thoughts in the comment section below. Come back to Country Music Alley for more news about things happening in Nashville, Tennessee! Check out TV Shows Ace for your Chrisley Knows Best news.