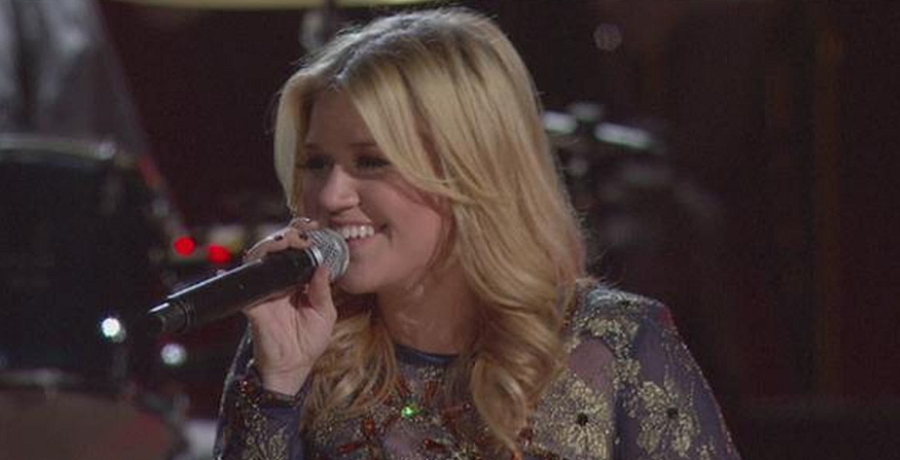 Kelly Clarkson performed a late-night anthem on her morning show. On Monday, April 5, the talk show host kicked off the week with her popular “Kellyoke” segment. Kelly and her band Y’all performed their rendition of “3AM” by Matchbox Twenty.

The song is the third single from the band’s 1996 debut album, Yourself or Someone Like You. It topped Billboard’s Adult Pop Airplay chart for 10 consecutive weeks in 1998. “3AM” also shot to No. 1 on the Adult Alternative Airplay and Heritage Rock charts. The song also landed No. 3 on Billboard’s Greatest of All Time Adult Alternative Songs chart.

The 38-year-old took to the microphone on Monday to perform the alternative band’s hit song. Kelly Clarkson and her band delivered a perfection rendition of “3AM.” While Kelly showed off her impressive vocals, she didn’t take over the song. Instead, she crooned, “And he says, ‘Baby, when it’s 3AM I must be lonely’/Well, heaven he says, ‘Baby, well, I can’t help/But be scared of it all sometimes/And the rain’s gonna wash away, I believe this.'”

“Kellyoke” is a regular segment on the talk show. The American Idol alum has performed many covers since the show’s inception in 2019. She previously covered Coldplay’s “Green Eyes,” Gary Jules’ “Mad World,” and SWV’s “Weak,” among many others. Fans praised her for her Adele cover last month. Most fans are just looking for a cover album from the singer.

The singer has diverse taste

Kelly Clarkson continues to impress fans with her covers. One noted that he loves how diverse she is. There is nothing that the “Because of You” singer can’t sing. She’s been knocking it out of the park with her performances, which has received praise from fans and viewers alike.

Kelly’s viewers have even turned into huge fans of the singer. Most fans were excited to see her perform a song from their favorite band. Others remarked that hearing “3AM” again gave them major nostalgic vibes.

Either way, she can do no wrong when it comes to her covers. She sounds just as good when she sings rock just as she does when she sings soul. One fan is hoping that she’ll cover Rascall Flatts or Ron Pope next. However, that’s up to the audience to decide.