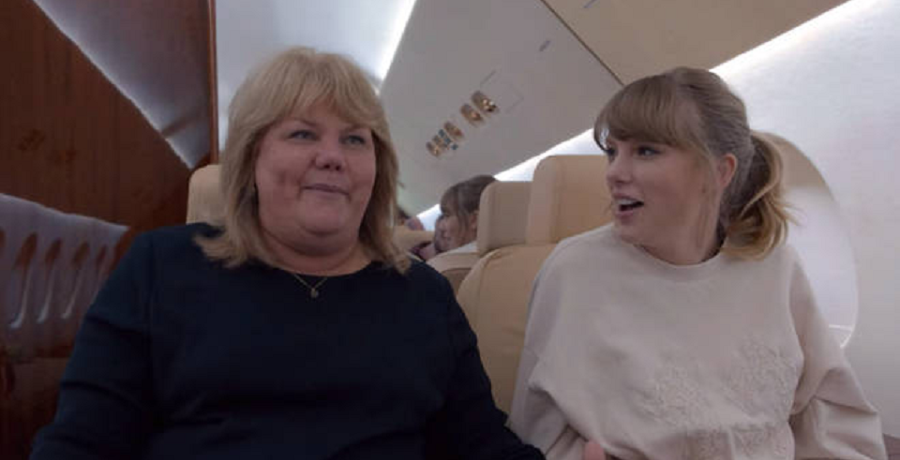 Taylor Swift shared rare photos of herself with her mom Andrea. On Friday, April 9, the singer-songwriter released Fearless (Taylor’s Version). She also dropped the lyrics for some of the tracks. Swift gave her fans a rare glimpse at her childhood in the lyric video for the re-released track “The Best Day (Taylor’s Version).”

The video shows clips of the singer with her mom Andrea, dad Scott, and brother Austin. The visuals reflect the original 2009 music video, as it also plays home videos of the Swift video. In a new interview, the singer said she wanted to stay true to the 2008 album’s version.

Watch the lyric video for “The Best Day (Taylor’s Version)”

In the new lyric video, fans see clips of the singer’s old life long before she became a famous country singer. The visual includes a sepia of Taylor Swift and mom Andrea. Then, fans see the “Willow” star as a little girl sitting in the grass. It continues with shots of the Swift family growing up in the ’90s and into the early 2000s.

In one scene, Swift and her younger brother Austin dance with their mom underneath the fireworks. There are also shots of Andrew attending red carpet events and award shows with the young star. Fans will notice how close the mother-and-daughter duo was during those times. Their bond has gotten even stronger with time.

“The Best Day” is just one song written about her family. On her 2019 album Lover, she wrote the emotional song “Soon You’ll Get Better” featuring The Chicks. The track was inspired by her mom’s ongoing battle with cancer. She also shared home videos of her and her family at the holidays in the video for “Christmas Tree Farm.”

Last month, Taylor Swift and her mom Andrea Swift donated $50,000 in support of a woman named Vicki Quarles who “lost her husband [Theodis Ray Quarles] to COVID-19” one week before Christmas, according to her friend DeQuanda Smith, who created the GoFundMe fundraiser. The mother and daughter fulfilled Smith’s goal of $50,000, which she wanted to reach on December 22, when she created the fundraiser.

On Tuesday, March 23, Smith crowdsourced $61,268 for her “dear friend Vicki.” Theodis Ray is survived by his wife Vicki and their five daughters Allie, Alyssa, Anaya, Asia, and Aryah, according to Smith. Swift’s gesture came just two weeks after her win at the Grammy Awards on March 14. She won album of the year for her surprise quarantine album Folklore, which also made her the first woman to win the award three times.

Miranda Lambert Voted One Of Most Influential People 2022
Keith Urban Relies On Marital Devotion For Sobriety?
Blake Shelton Headlines 2 Major Events, See What
Jimmie Allen Puts The APB Out On ‘On My Way’ With Jennifer Lopez
Kelly Clarkson Listens To Fans & Delivers — Here’s How