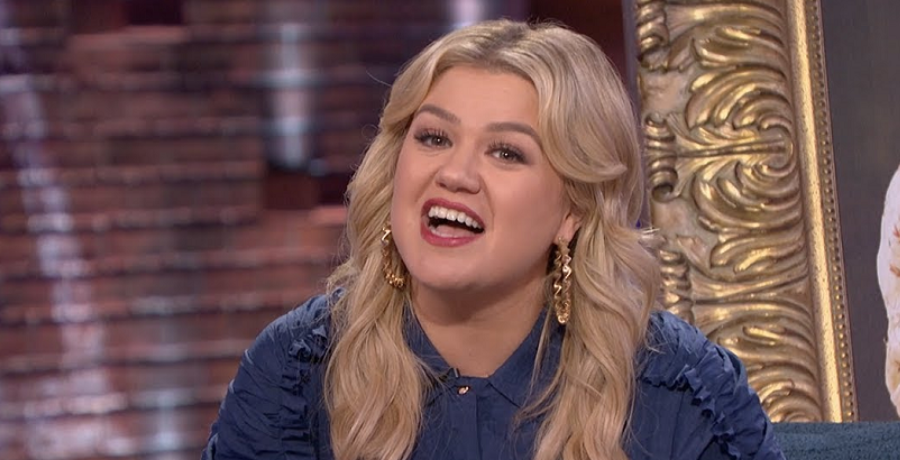 Mixed-ish star Arica Himmel made an appearance on The Kelly Clarkson Show. During the Monday, April 12 broadcast, the two discussed the hit ABC sitcom and ’80s fashion. As Mixed-ish fans know, the show is set in the ’80s, which is an awkward time for the family and the children. The ’80s is known for its colorful and sometimes garish fashion trends.

Himmel and Clarkson talked about which trend should stay in the ’80s. However, the talk show host would like to bring back one fashion trend. This brought up an interesting discussion in the comments section of the Instagram post.

On Tuesday, the official Instagram account for The Kelly Clarkson Show shared a clip from Clarkson’s interview. The caption reads: “You can keep ONE thing from the ’80s – what is it?” In the clip, Kelly Clarkson asks Arica Himmel the same question. The Mixed-ish star shared her thoughts about ’80s fashion trends.

“Is there anything about the ’80s that you wish was still around?” Clarkson asked.

“Yes, a lot of the fashion. I love the acid wash jeans,” Himmel said. “And then the matching with like the turtlenecks, and leg warmers. I think that’s kind of cute.”

The “Behind These Hazel Eyes” singer agreed with the young star. Clarkson admitted that she used to “steal” her mom’s stirrup pants. She thought they would come in “handy” because they didn’t ride up. However, this interview wasn’t as revealing as Clarkson’s last interview with country superstar Clint Black. She got TMI about a story from her concert days.

Spilling secrets and surprises on the next Kelly! Don’t miss Emilio Estevez, Arica Himmel and a very special Rad Human helping fellow mamas in her community!

Posted by The Kelly Clarkson Show on Friday, April 9, 2021

What do the viewers think?

The Kelly Clarkson Show Instagram account wanted the viewers’ input. Over 48,000 people watched the clip posted on Tuesday. So, they must’ve had an opinion. This brought up an interesting debate in the comments section of the post. People had different ideas on what ’80s fashion trends should make a comeback.

However, some viewers expanded beyond that question. Some of them said that they would like to bring back their youth. Others said they would love to see dancing and music come back.

Others forgot about stirrup pants. They agreed that they look good underneath tall boots, even more so than skinny jeans. Then, there were some who were more focused on what Clarkson wore during the interview. Fans love Clarkson’s dresses and want to know where she gets them.

What’s one thing you would bring back from the ’80s? Sound off below in the comments.

Jimmie Allen Puts The APB Out On ‘On My Way’ With Jennifer Lopez
Miranda Lambert Voted One Of Most Influential People 2022
Carrie Underwood Hearkens Back To Signature Style On New Tune
Maren Morris’ Tour Bus Is Far From Humble
Keith Urban Relies On Marital Devotion For Sobriety?