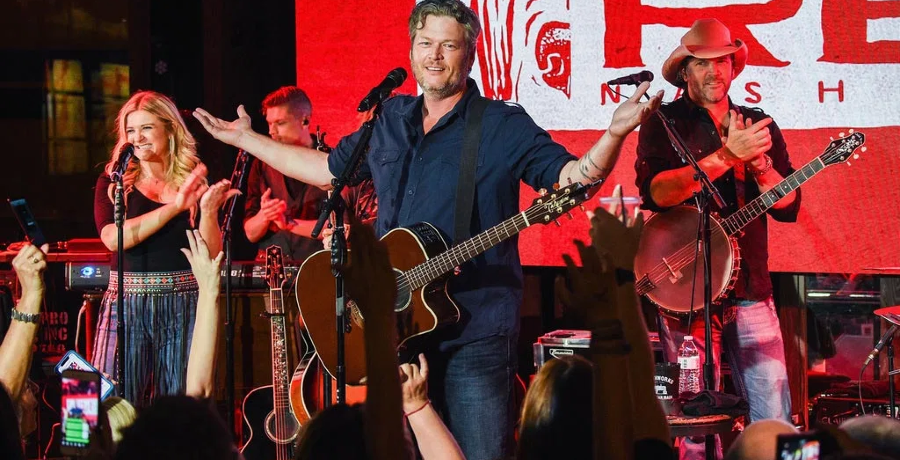 Blake Shelton is all over the map. Earlier this week, the country superstar was cooking at his ranch in Oklahoma where a possum paid him a visit. He was also busy farming and fishing in time for spring. Now, it’s time for Blake to focus on his new restaurant.

On Thursday, April 15, the “Minimum Wage” singer paid a visit to Orlando, Florida for the opening of Ole Red restaurant. The Voice coach celebrated the opening of his fourth restaurant, which is located along International Drive. The Southern restaurant is in the center of Orlando and is steps away from the city’s Ferris wheel, as well as nearby shops, attractions, and theme parks.

His first restaurant opening in a year

Blake Shelton opened his first restaurant last summer. He celebrated the delayed “grand opening,” which was worth the wait. Blake was happy about the opening since it’s the first that his company built from the ground up. Of course, he cracked many jokes during his appearance and was friendly to everyone in the room.

After the conversation with the restaurant owners, Blake performed a medley of his hit songs. He even performed “Ol’ Red,” his 2001 track which is behind the restaurant’s name. The grand opening was not grand due to the ongoing coronavirus pandemic. Guests had to wear masks to the event, which was invite-only and had only a small crowd.

Blake chose Orlando for his next venue because it’s in a fun location. But he also feels that the Central Florida location has some unique to offer compared to other cities.

“There’s just so much cool detail and thought that goes into the design of it and this is our first build,” Blake said. “Everything else is ground up.”

@blakeshelton brought down the house as he celebrated the grand opening of his newest restaurant @OleRedOrlando after almost year delay.He mentioned missing @gwenstefani but,he still sang all his hits including the restaurant’s namesake song @OleRed #boysroundhere #Hillbillybone pic.twitter.com/FfsgMW76sW

While opening the restaurant during the coronavirus pandemic presented a challenge, he thinks it’ll fit in well with the city. Ole Red has food, drinks, and live music. As most people know, restaurants were severely hit during the pandemic. Blake’s interest in drink and music continues to grow, even in these challenging times.

Blake Shelton is without his famous fiance

Someone was noticeably absent during the restaurant opening and that was Gwen Stefani. That doesn’t mean there’s trouble in paradise. In fact, the couple is currently planning their summer nuptials. After spending some time in Orlando, Blake will end up missing the singer by his side.

In a recent interview with Entertainment Tonight, Blake couldn’t help but gush over his fiance, whom he called his “best friend.” Then, he brought up Gwen when he was asked about his 2021 ACM Awards nomination for their duet “Nobody But You.”

“I texted her actually this morning on the way here,” Blake explained. “I wish she was here with me …. I said, ‘I can’t believe that I get to be nominated for awards with my best friend’ … How do you get so blessed and so lucky? It’s unbelievable.”

It’s unclear how long the two have been apart. But it’s cute to know that Blake isn’t afraid to let people know that he misses her. This couple is very open about their love for one another. Check back with Country Music Alley for more news on Blake Shelton.