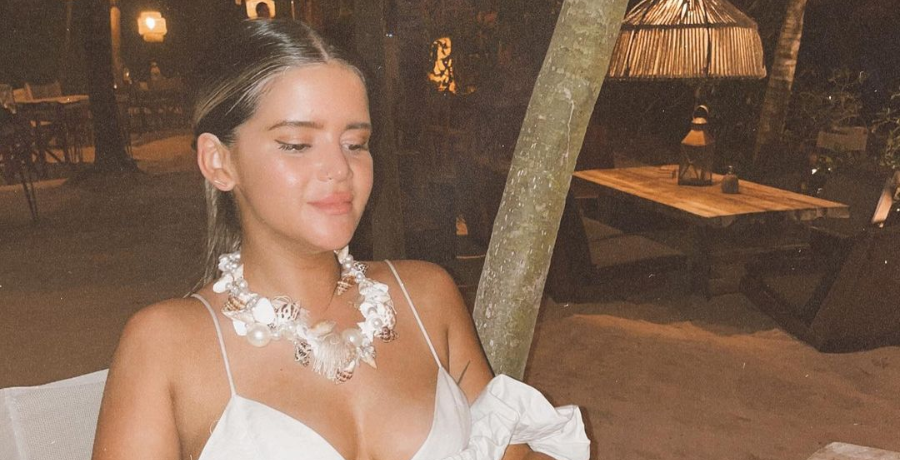 Maren Morris shared a reflective post on social media. On Friday, April 23, the country star took to Instagram to post an inspirational quote. She reflected on her success amid her tropical vacation. Maren has been posting a lot of bikini photos from her trip with her husband, Ryan Hurd.

It’s well-deserved since the couple had a steamy performance at the 2021 ACM Awards. Last Sunday, the two sang their new song “Chasing After You.” Throughout their performance, the married pair couldn’t keep their hands off each other. Maren and Ryan gazed into each other’s eyes as they sang the romantic song.

Maren Morris is not interested in building an empire

“How about you don’t have to build an empire? Or dominate an industry? Or be the number one at anything?” the lengthy quote read. “What if you simply built a lovely life that makes you feel happy, that brings you joy, that is generative and supportive? What if you healed the parts of you that need more and more? What if you redefined what success looks and feels like to you?”

In her caption, Maren admitted: “I have lost so much sleep, joy, songs, and days worrying about my success cap.” She enjoyed reading this quote and wanted to share it with her fans and followers. The post amassed over 90,000 likes. It also hit hard with some of Maren’s fellow country artists and celebrities.

Most people thanked Maren for leaving this message. It was a great reminder for their own professional lives. Some feel inspired by Maren and her music. This message also hit hard for those who dealt with struggles in their lives.

On Saturday, April 24, Maren Morris returned to Instagram for her content dump. She shared some of the things she’s been doing on her getaway. The first photo showed the back cover of Matthew McConaughey’s book titled Green Lights. The back cover reads, “Just keep livin’.”

Then, Maren followed up with a photo of herself with Ryan. She also included a clip of herself soaking up the sun in a black bikini top and lime green sunglasses. Her pink pout was front and center in the video. Maren captioned the post: “goodbye, paradise 🌙,” which means they’re getting ready to leave their trip.