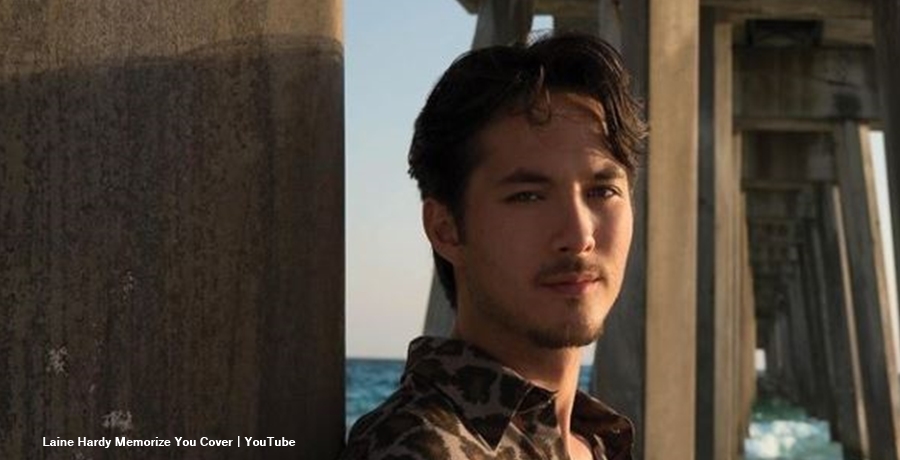 Laine Hardy dropped his new song, “Memorize You,”and starts his live tour this week. Additionally, he just became Louisiana’s official ambassador. The new song premiered on Facebook and he also dropped it on YouTube. However, the YouTube song still awaits a video. Meanwhile, Laine teased his followers on Instagram with a few behind-the-scenes shots. The song is also available on pre-download on Spotify.

An earlier song, “Ground I Grew Up On” quickly became popular after the release of “Tiny Town”. Well, fans became even more interested in the song as Laine said it’s his favorite. Plenty of people still watch the video and buy the music. Country music fans from all over the world can relate to home and missing home. “Tiny Town” launched him as a rising star in the world of Country, and now it’s likely that “Memorize You” seals the deal. Additionally, launching it just ahead of his live tour makes perfect sense.

Laine Hardy Reveals The Most Special Song He Released

In March this year, Laine Hardy hinted at a new song and also started talking about a live tour this year. It came just after he returned from entertaining the armed services overseas. At the time, it was the first live performance in a very long time. Of course, the coronavirus put the lid on live events. Itching for a live tour, the announcement came that it starts on May 14 at the Stockyard, Holiday, FL. The next stop is Gainsville, Florida. Talent Recap reminds American Idol fans that Laine hits 25 cities while on tour. Additionally, they noted he also performs alongside “a slew of prominent country music artists.”

Lousiana Ambassador and “Memorize You” all going down

Excited Country Music fans can’t get enough of Laine Hardy. Naturally, his home state of Louisiana also loves the talented young man. Recall, he won Season 17 of American Idol.  Now, he’s the ambassador for Louisiana and the proud creator of “Memorize You”. Catchy, and foot-stomping, the song also makes people feel like it’s the sort of music you could just chill to with friends.

While the comments were turned off on YouTube, fans visit Laine Hardy on his Instagram Page and drop their comments there. One fan said, “Wow, sounds beautiful. So proud of you. Your journey is such a joy to watch. Thanks for the memories 💖.” Another fan who heard the song noted, “I love it! With each song, you just keep getting better😍.” Another happy Country music lover wrote, “I love the song! The lyrics are great! It’s so romantic! 🔥🔥🔥.”

So, there you go. Foot stomping, laid back, romantic, all rolled into one by Laine Hardy. Likely, the plays on Spotify go through the roof. What do your think of “Memorize You”? Sound off in the comments below.