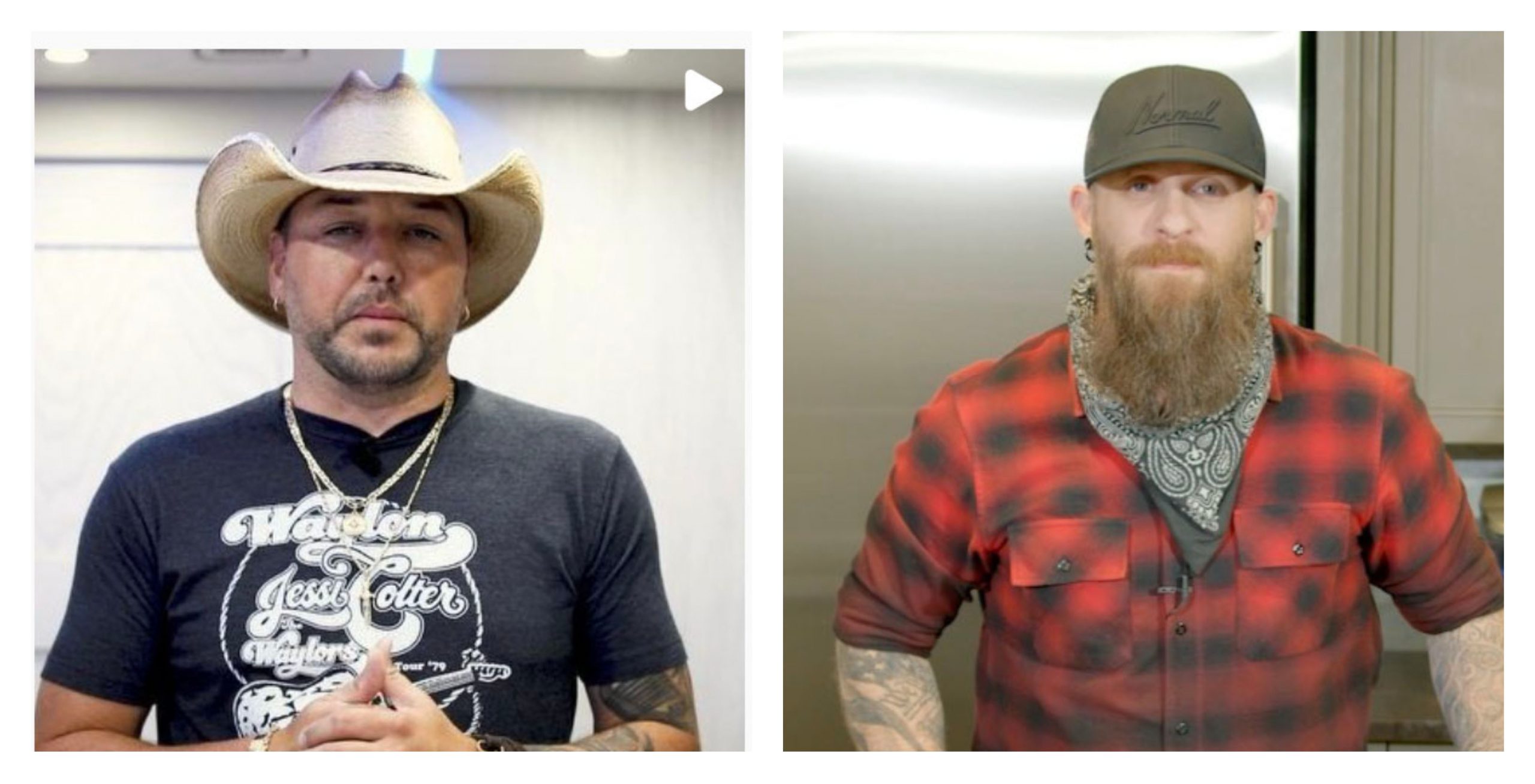 While things slow down for musicians due to the ongoing coronavirus pandemic, it seems like things are slowly but surely starting to get back to normal. For the most part, a lot of country artists share how they spent the downtime from touring writing new music. However, many artists are starting to schedule their tours. However, from the looks of their Instagrams, Jason Aldean and Brantley Gilbert have something else up their sleeves. Both country rebels share the same photo on their profiles. Keep reading to find out more.

Recently, Jason Aldean and Brantley Gilbert share the same photo on their Instagram profiles. The photo is of the guys in what looks like a recording studio. It appears that there is a microphone between the singers. Aldean’s caption on the photo is short, sweet, and mysterious. “Well this could be cool!” He closes his post out with the hashtag Georgia Boys. In this post, Brantly Gilbert comments with, “Long overdue brother…. The world ain’t ready.”

Next, Brantly Gilbert shares the same photo. Luckily, he gives fans a little bit more insight into what is going on with him and Jason Aldean. “Had a guest pop in the studio today,” writes Gilbert and tags Jason Aldean. Not only that, but Gilbert shares his feelings about what he and his guest are working on. “Excited about this one,” pens the country music rebel and tags BG Nation. Aldean’s comment on this post surely confirms a collaboration. Aldean writes, “Gonna be killer @brantley gilbert. Better hang on to ur 🥜’s for this one people!”

Fans bring up an old controversy between the Georgia boys

While there aren’t details about if this is a one-off collaboration or if fans can expect a couple of songs from Jason Aldean and Brantley Gilbert, fans are still excited for what’s about to happen. Hopefully, there will be more details and a release date soon. Let us know your thoughts about this country music duo in the comments below. Come back to Country Music Alley for more news about your favorite country artists.