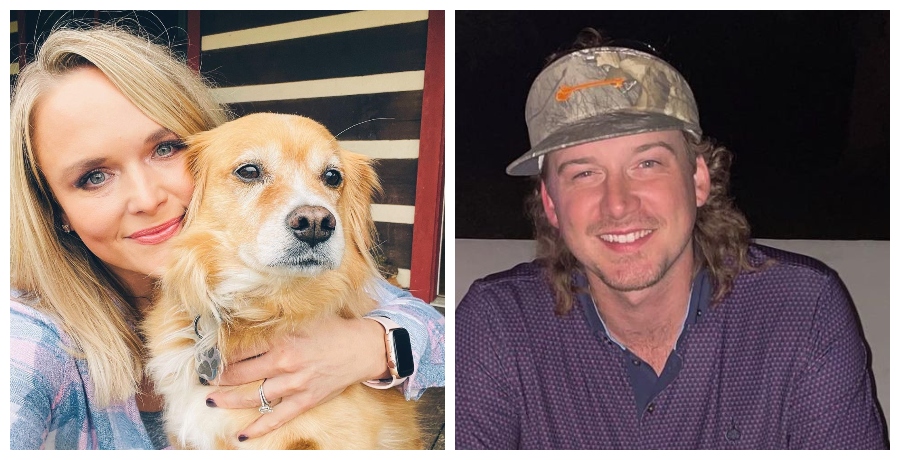 After an unsettling racial slur controversy, Morgan Wallen is gradually increasing his presence. Recently, he performs two songs at Kid Rock’s bar in downtown Nashville. Coincidentally, that’s the same place he once got arrested. Also, he is beginning to do more and more on social media. To include, playing unreleased songs for his fans to hear. Interestingly enough, Miranda Lambert has a connection to “Thought You Should Know,” a song Wallen sings in the form of a phone call to his mom, Lesli Wallen.

At the height of the cancel culture phenomenon that engulfed Morgan Wallen and his career during his latest controversy, his mom and his sisters stuck it out with him. In their statements, that all mirror the sentiment that they know Morgan and his actions are not a reflection of who he is as a person. It’s only fitting with that much support that Morgan would want to do something to honor his mother.

Earlier this week (May 22), Morgan Wallen preforms the acoustic version of “Thought You Should Know” on his Instagram. Morgan says, “Wrote this song for my mom a while ago. Seemed like an appropriate time to share it.”

A few days later, Music Mayhem Magazine makes an unexpected report about the unreleased song. Miranda Lambert reveals so co-wrote the song with Wallen and Nicolle Gaylon. Miranda comments on the post with the following. “Thanks for letting me and @nicatnitemusic write this special song with you.” She also says that it “sounds great.”

So while this song is for Morgan Wallen’s mom, he had help. Which isn’t too surprising that the help came from Miranda Lambert. “Thought You Should Know” could fall into the same category as Miranda’s “House That Built Me.”

Is is surprising to you to learn that Miranda Lambert wrote a song with Morgan Wallen? How do you feel about “Thought You Should Know”? Let us know in the comment section below. Make sure to come back to Country Music Alley for more news about your favorite country artists.