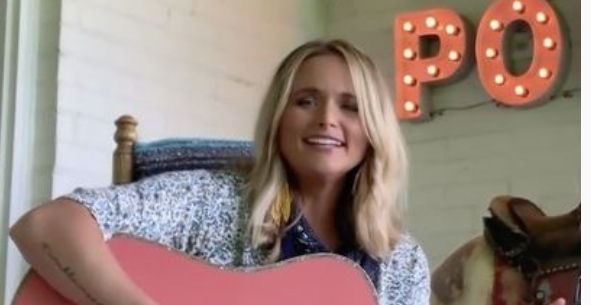 Earlier today, country music songstress, Miranda Lambert takes to her social media to make an exciting announcement about her restaurant and bar, Casa Rosa. As expected, Miranda is excited to share that her bar is open. From the looks of the photos, opening night was jam-packed full of entertainment. Keep reading to find out more about opening night at Casa Rosa.

To commemorate the grand opening of Casa Rosa, it seems like Miranda Lambert didn’t hold anything back. On her social media she shares some of the details and photos from the evening. She writes, “Yall it’s official… Casa Rosa is open!!” Miranda goes on to share how they celebrate the special occasion. “We celebrated Tuesday night with a friends and family karaoke party!”

The ‘Bluebird’ singer and her husband duet to a Grease tune

Despite the marital trouble rumors, Miranda Lambert and her husband, Brendan McLaughlin took the stage at Casa Rosa. From the looks of it, the couple is happy. While on stage, they performed their rendition of Grease duet. Miranda even jokes, “Just call us Danny and Sandy from now on!”

Fans will recognize some other familiar faces. Ashley McBride and the Pistol Annies also make an appearance at the Casa Rosa celebration. To say the event was star-studded would be an understatement. Also in attendance was Jon Pardi, Caylee Hammack, Ingrid Andress, Darius Rucker, and Kid Rock.  Even HARDY gave a performance.

Other facts about Casa Rosa

While opening your own bar/restaurant is reason enough to celebrate, it’s especially monumental for Miranda Lambert. According to CMT, “This 17,400-square-feet venue makes Lambert the first female country artist to have her own bar/restaurant on Nashville’s Broadway.” For this feat, she collaborates with TC Restaurant Group. This group is known for their work with Jason Aldean’s Kitchen and Rooftop Bar, Luke Bryan’ 32 Bridge Food + Drink, and Florida Georgia Line’s FGL House.

Are you planning on making a trip to see Miranda Lambert’s restaurant & bar Casa Rosa? Are there any other country star restaurants you’d like to eat at? Let us know in the comment section below. Come back to Country Music Alley for more news about your favorite country artists.