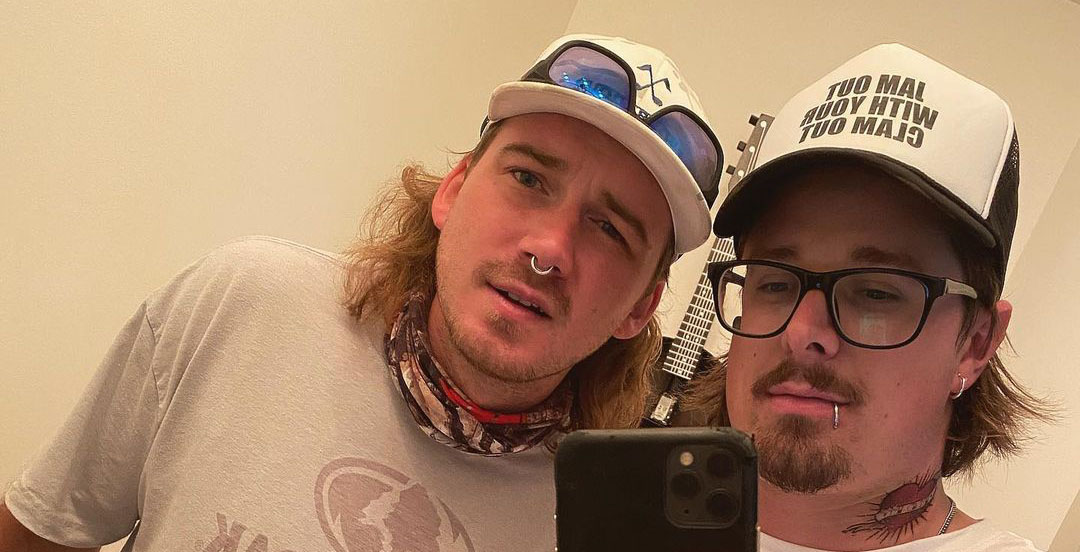 Morgan Wallen has been through a lot. However, it looks like things are gearing up for the singer from East Tennessee to make a comeback. After taking some time away from the public eye after a racial slur controversy, fans are slowly but surely seeing more of the singer. Recently, he performs at Kid Rock’s bar in Nashville. Additionally, Morgan is becoming more and more active on social media. He even entertains a fan-suggested collaboration on Twitter.

Morgan Wallen fans are ecstatic that their favorite country singer is coming out of hiding after his controversy. On April 13th, he posts a handwritten letter about what he’s been up to and what he hopes for the future. Just a few weeks later, on April 27th, he shares a photo of himself with country-rocker, Eric Church. He captions the photo with, “Hang a sign on the door of my life.” However, that’s the last thing on his Twitter until June 8th.

He responds to a fan suggestion for an epic collaboration

On June 8th, Morgan Wallen responds to a fan on Twitter. The fan suggests a collaboration between Morgan Wallen, Koe Wetzel, and HARDY.  According to Country Hodge Podge, Koe Wetzel’s 10 Best Songs are as follows:

I like think we could come up with something halfway decent https://t.co/YRpPMDDZNz

Notably, a collaboration between HARDY and Morgan Wallen wouldn’t be new. The duo seems to regularly link up to perform. Not only that, HARDY writes songs for Morgan. A couple of fans mirror the same sentiment, that they love everything that Morgan and HARDY do together.

Other fans weigh in

In response to the fan-suggested collaboration, Morgan has the following to say. “I like [to] think we could come up with something halfway decent.” One fan calls him out for selling himself short. The fan writes, “Halfway decent? Y’all kill everything you do! I could really use something new for the summer.”

Other fan-suggested collaborations include Eric Church and Luke Combs. While there is no word about whether or not these collaborations will come to fruition, there is definitely the fan base for it.

What do you think about the suggested Morgan Wallen collaborations? Which one would you like to hear most? Let us know your thoughts in the comment section below. Come back to Country Music Alley for more news about your favorite country stars.