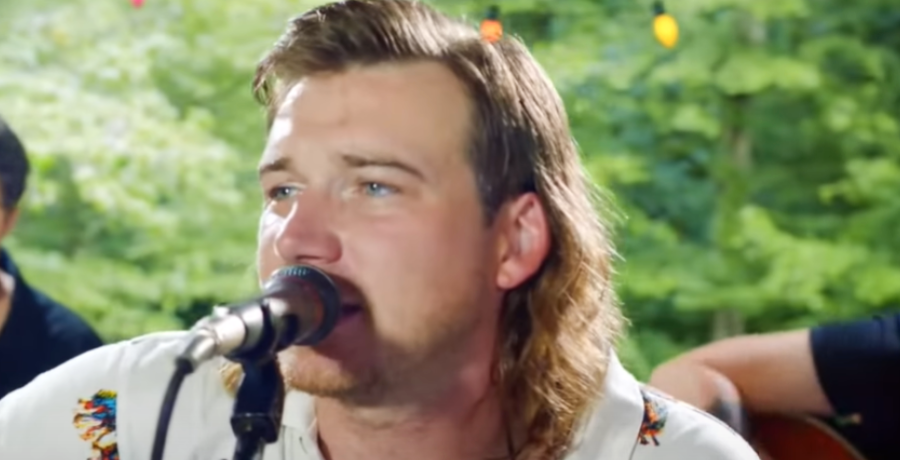 It’s been a couple of months since the racial slur controversy involving Morgan Wallen ignited cancel culture. While the singer is no stranger to controversy, surely this one had the potential to end his career. However, even though he asked them not in his formal apology, his fans rally for his come back. Now, Wallen takes to his Facebook to share a handwritten letter about what’s been going on since he stepped out of the limelight.

On April 13th, Morgan Wallen takes to Facebook to share a heartfelt letter with his fans. The letter takes up four images in the Facebook post. Luckily the Country singer has legible handwriting. He begins his letter by thanking “everyone that supported [him] during this time.” Interestingly enough, this comes on the heels of six fan-sponsored Morgan Wallen billboards popping up in Nashville, Tennessee ahead of the ACM Awards. Coincidently, he writes, “I have felt a lot of love lately from many individuals I have met + from so many people I haven’t gotten to know yet.”

Next, he goes on to write that “So many things have happened since I’ve had the opportunity to talk to my fans.” Sadly, he hasn’t done any of his Instagram videos since his last apology video. However, his latest letter goes above and beyond to let his fans know how important they are to him.

Morgan Wallen goes on to talk about his music, and eventually, Dangerous: The Double Album specifically. Furthermore, he shares his amazement with the fact that Dangerous went 10 consecutive weeks as #1 all genre. “That’s never happened before from what I’m told,” writes the singer in astonishment. He adds, “I didn’t even know that record existed to be honest.” However, it doesn’t seem like that record matters big picture. “I would have been proud of this album had it not done any of those things, but it did,” shares Wallen.

The next part of his letter is probably what excites Morgan Wallen fans the most since it hints at a comeback. He shares that he’s taken a couple of months away to work on himself. “I’m proud of that,” he pens. Additionally, he shares that he wants to continue to become a better person. However, “I am still very proud of who I am + the man I am becoming, ” writes Wallen.

Unfortunately, it doesn’t seem like he’s ready for a comeback anytime soon. “I’ve found this time away to be very valuable to me in many ways, but I feel like I need a little more of it,” writes the former The Voice contestant. He continues with, “therefore I will not be performing tour dates this summer. It means I won’t be playing festivals or the Luke Bryan tour dates.” Ultimately, Wallen recognizes the importance of his time away from the spotlight. However, he doesn’t want his fans to abandon these shows. “But it’s important to me personally, if you can, still go to these shows – support Country music.”

Be assured though, that Morgan Wallen will make a comeback. He writes, “you guys can rest assured that I am looking forward to giving you guys what you deserve, especially after all you’ve done for me.” In closing, he writes, “So just know you’ll be seeing me sooner than later.”