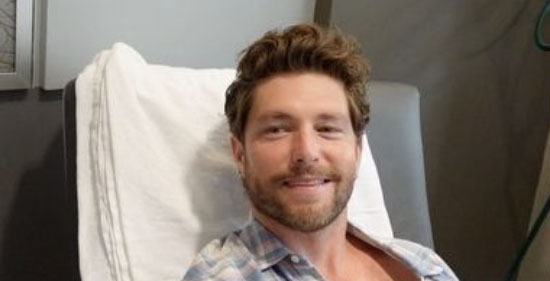 Chris Lane wrote a song for his son. He’s previously mentioned that he wouldn’t release it to the radio. Has that changed?

Chris Lane and his The Bachelor wife, Lauren Bushnell recently welcomed their son, Dutton Walker Lane. Fans watch for months as the couple prepares for the birth of their baby. As Country Music Alley previously reports, Chris shares that he wrote a song for his son. Unfortunately (at the time), he also says, “I don’t know whether I’m gonna put it out or not, but I did write a song that I’m proud of, that I really like a lot for my son.”

Admirably, he shares why it’s probably not going to hit radio stations. “It’s not a song for the radio. It’s no one of that kind of stuff.” Chris goes on to share that he hopes to record it and let his son listen to it. He wants to be able to tell his son that he wrote a song for him before he was born.

Chris Lane wrote a song for his son

Recently, Chris Lane shares the song he wrote for his son on his Instagram. The video is a collage of photos from the pregnancy with the song playing in the background. Chris writes a touching caption for the Instagram post. “Wrote Dutton a song a Couple Months Ago and wanted to share it with y’all,” writes the doting dad. “Being a Dad is the Greatest thing I’ve Ever Experienced – watch the journey at the link in bio.”

Fans in the comments section are beyond ecstatic for Chris Lane and Lauren Bushnell. While they love that Chris Lane wrote a song for his son, they’re also in awe that Lauren had a nine-pound baby. Additionally, fans want this song released to radio and streaming platforms. For example, one fan writes the following. “Will this song come out soon?! Love it! We just had a baby boy too and my hubby loves country and you so this would be awesome to have a relatable song.”

Now that Chris Lane reveals he wrote a song for his son, and let fans hear it, do you think he’ll have a change of heart and put it on the radio? What are your thoughts on the song? Let us know in the comment section below. Make sure to come back to Country Music Alley for more news about your favorite country artists.