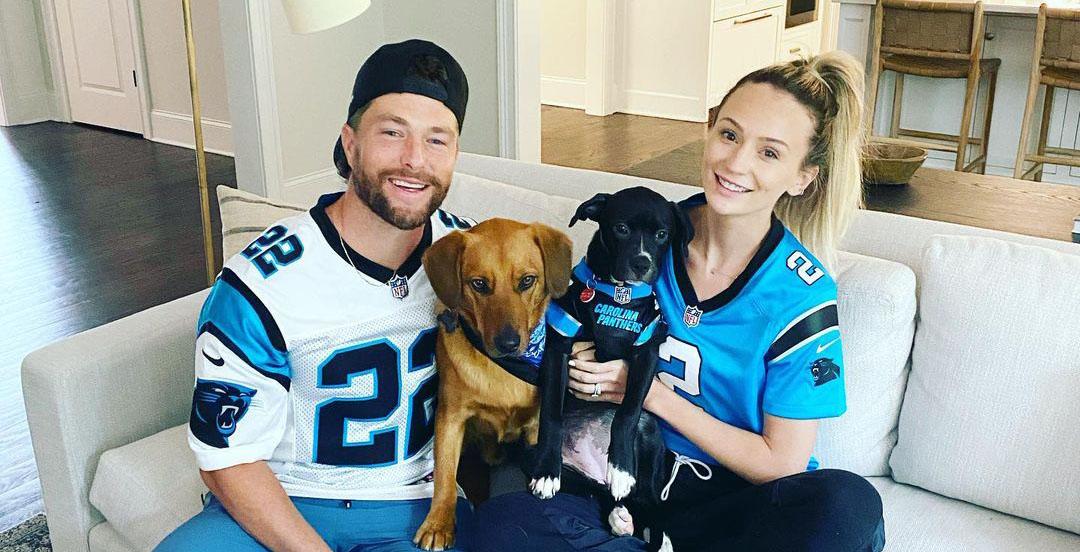 Prior to the birth of his son, Chris Lane shares with media that he wrote a song for his song. At the time, he also shares that he wouldn’t release it for radio. However, from the looks of Chris Lane’s Instagram, it looks like he may have had a change of heart. Keep reading to find out more about Chris Lane and the song he wrote for his son, Dutton Walker Lane.

Chris Lane and his The Bachelor wife, Lauren Bushnell recently welcomed their son, Dutton Walker Lane. Prior to that, fans watch their social media for months as the couple prepares for the birth of their baby. As Country Music Alley previously reports, Chris shares that he wrote a song for his son. Unfortunately (at the time), he also says, “I don’t know whether I’m gonna put it out or not, but I did write a song that I’m proud of, that I really like a lot of my son.”

Admirably, he also shares that, “it’s not a song for the radio.” At the time, he shares that he hopes to record it an let his son listen to it. This is because, he wants to be able to tell his son that he wrote a song for him before he was born.

The artist has a slight change of heart

Shortly after Dutton’s birth, Chris Lane takes to Instagram to share a video collage of photos from the pregnancy with the song he wrote playing in the background. Chris writes a touching caption for the Instagram post. “Wrote Dutton a song a Couple Months Ago and wanted to share it with y’all.”

Fans respond extremely well to this post. Assumably, this may be why Chris Lane seems to have a complete change of heart about releasing the song to radio. Now, Chris Lane shares on his Instagram that “Ain’t Even Met You Yet” is available June 25 for pre-save/pre-order at this link.

The announcement accompanies an adorable photo of Dutton. In the caption, Chris writes, “Thanks for all the Love and Support y’all contine to show Lauren & I! What a week it’s been with little Dutton. I’ve read all the comments and I appreciate every one of y’all.” So, maybe releasing the song he wrote for his son is a token of his appreciation. Also, just because the song is available for pre-save/pre-order, doesn’t mean that it’s going to radio.

Have you listened to “Ain’t Even Met You Yet”? What do you think? Share your thoughts with us in the comment section below. Make sure to come back to Country Music Alley for more news about your favorite country stars.

Blake Shelton Headlines 2 Major Events, See What
Maren Morris’ Tour Bus Is Far From Humble
Kelly Clarkson Listens To Fans & Delivers — Here’s How
Jimmie Allen Puts The APB Out On ‘On My Way’ With Jennifer Lopez
Miranda Lambert Voted One Of Most Influential People 2022