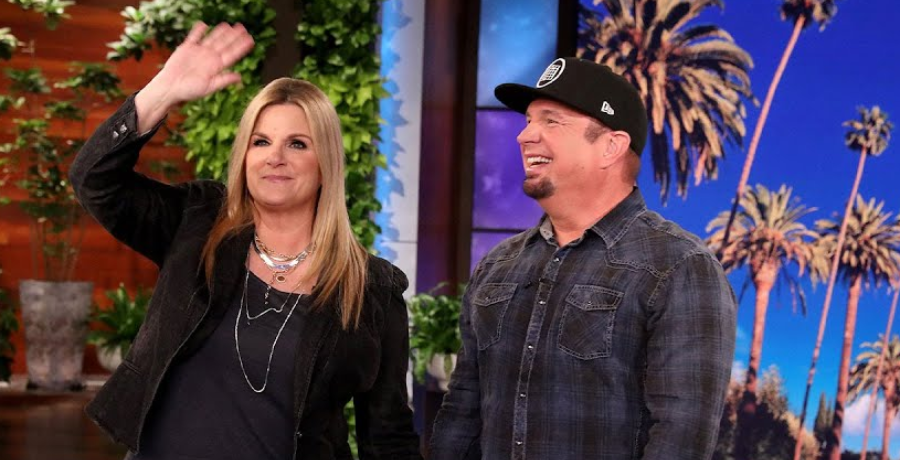 As fans know, Kelly Clarkson has become America’s sweetheart with her show, The Kelly Clarkson Show. It’s won Emmy Awards and received high praise just for her “Kellyoke” segments alone. Celebrities are lining up to have their successful daytime talk show since it’s easy money and little work. So, it would make sense that Garth and Trisha would be interested in getting a piece of the daytime pie.

Garth Brooks and Trisha Yearwood made it clear that they’re open to the idea of their own talk show. The duo made an appearance on TalkShowLive where they talked about the possibility of co-hosting their own show. Trisha said they would love to have their own show. But don’t expect them to pitch to producers anytime soon.

“The one caveat for me is it would have to be in Nashville. It was really fun, he and I had a really good time [hosting Ellen] together,” Trisha explained.

Don’t expect them to move to Los Angeles to make it happen. The country singer says they both would love to have a show in front of a live studio audience from their hometown in Nashville. Most daytime talk shows are based on a sound stage or studio in L.A. Even Kelly moved to the West coast so she can host both her daytime show as well as a coach on The Voice.

Both Garth and Trisha have what it takes to host their own show. Trisha has her own cooking show, Trisha’s Southern Cooking on Food Network. Garth also has his own show called Inside Studio G on Facebook. The famous pair even co-hosted The Ellen DeGeneres Show.

Trisha revealed that was approached to have her own cooking show. She called the shots when it came to making this opportunity happen. The “How Do I Live” asked to have the show filmed in Oklahoma where she currently lives with her husband.

“They came to Oklahoma and we filmed there, and now that we’re in Nashville we film the show here. So to be able to film the show and then go home at night is important,,” Trisha explained. “So I would not say that it’s something we wouldn’t consider, but I think they’d have to come to us.”

What are your thoughts? Can you see Garth Brooks and Trisha Year wood having their own daytime talk show? Would you watch it? Sound off below in the comments.

Miranda Lambert Voted One Of Most Influential People 2022
Keith Urban Relies On Marital Devotion For Sobriety?
Jimmie Allen Puts The APB Out On ‘On My Way’ With Jennifer Lopez
Carrie Underwood Hearkens Back To Signature Style On New Tune
Blake Shelton Headlines 2 Major Events, See What